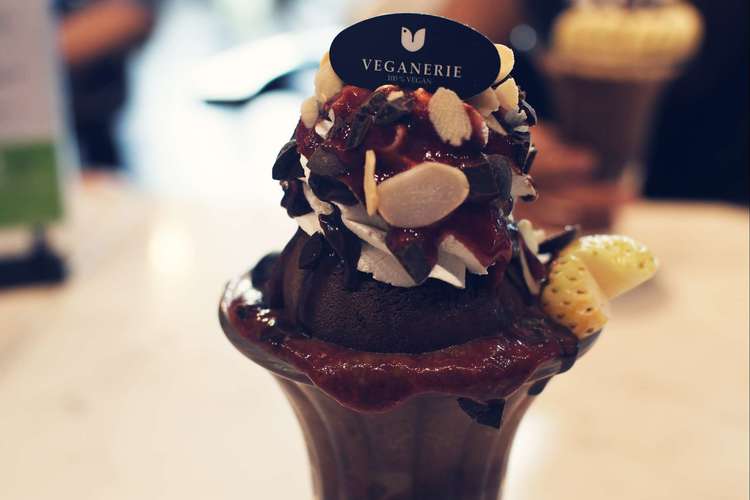 We're from Montreal Canada on a journey in Asia. So far we've spent December in Bangkok, then a month in Bali. We're now back in Bangkok.
We were surprised to find an Arbnb around the corner from a vegan restaurant that we had been to twice in December.
We've been to other vegan restaurants in Bangkok but for some reason Veganerie is that place that keeps us going back.
To be honest I don't think that the food is mind blowing, but its really good. It's a combination of things that I find attractive. 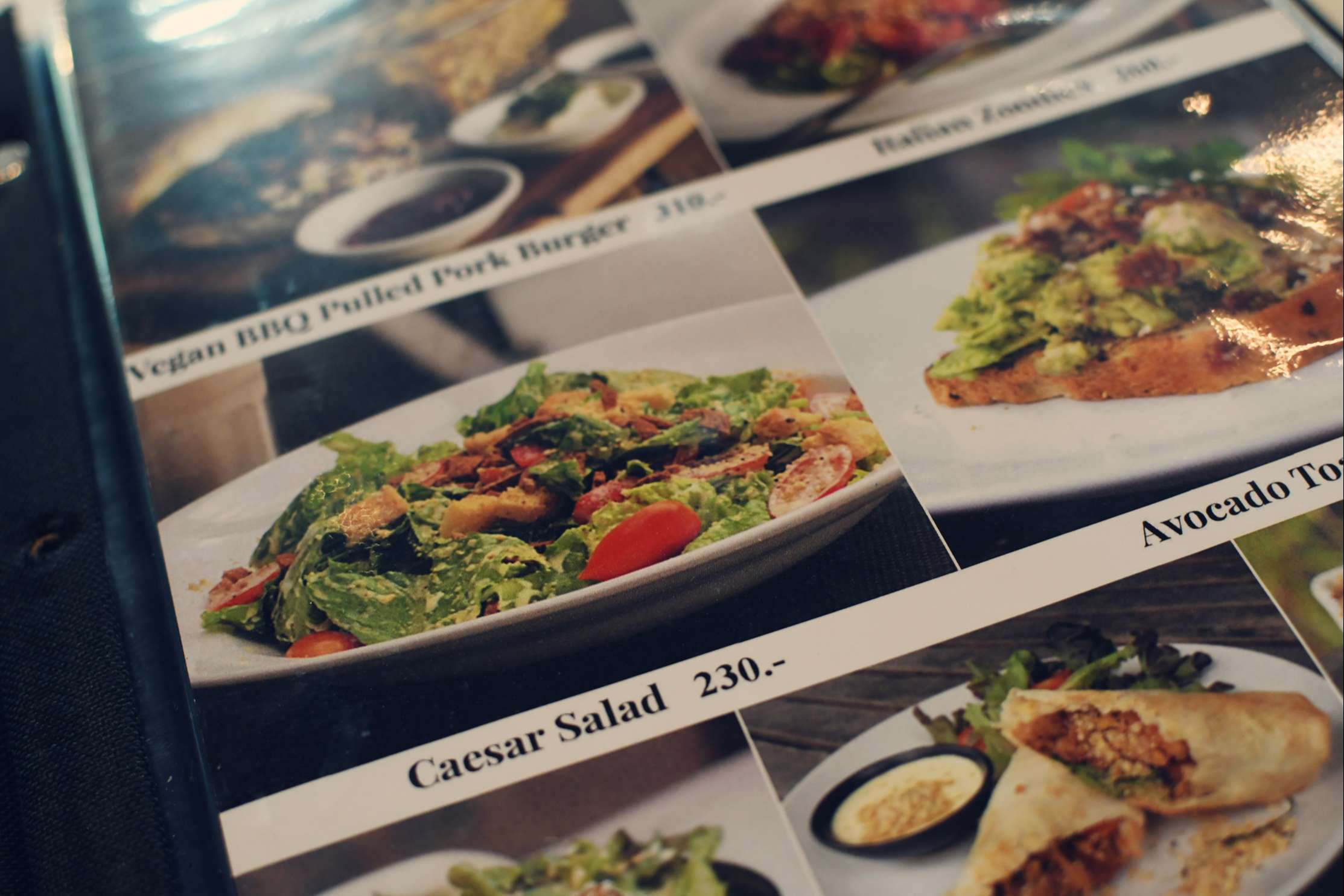 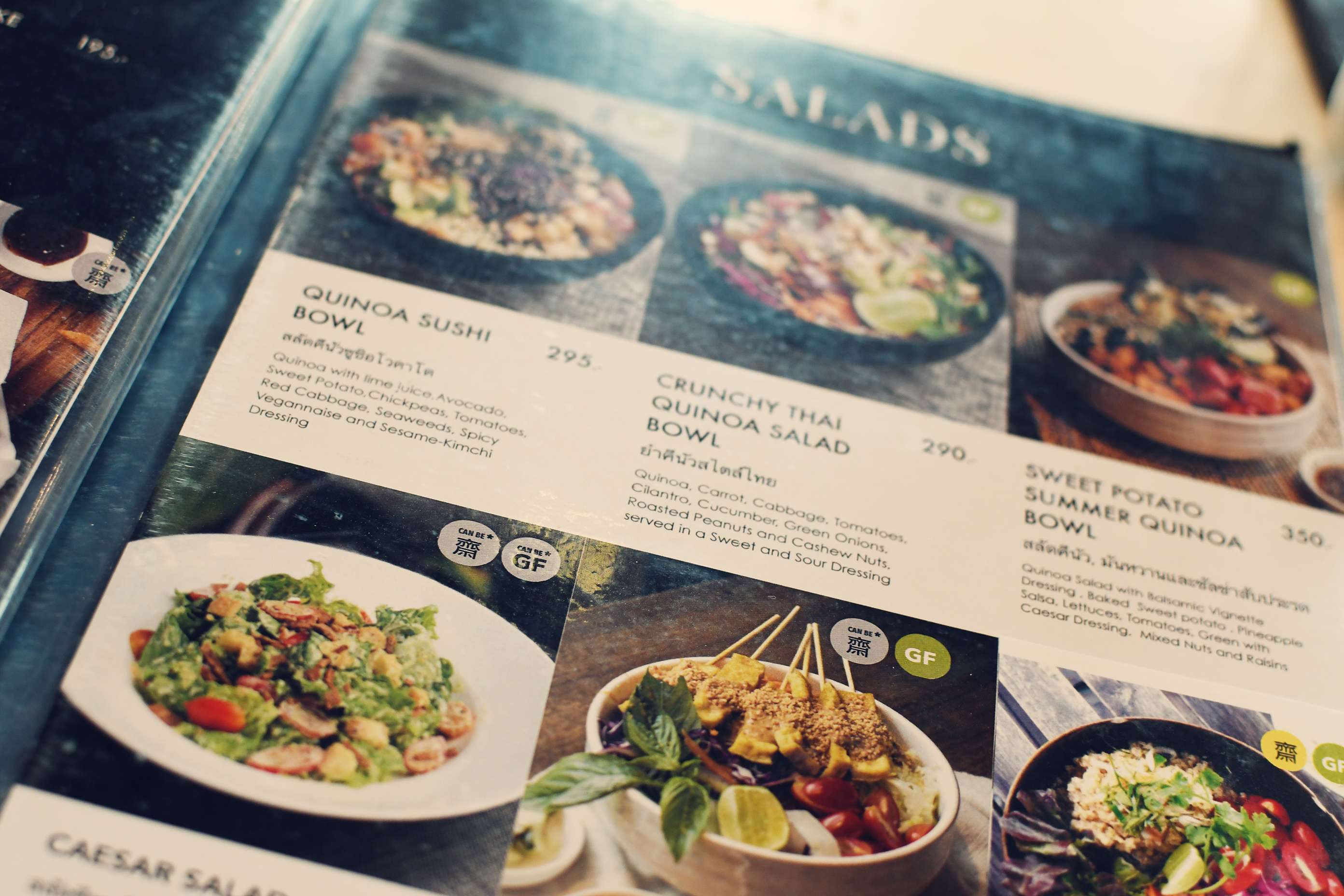 The variety is great for everyone including non vegans.

I started with an iced capuccino with soy milk which was what you would expect. It was good. Not too sweet. 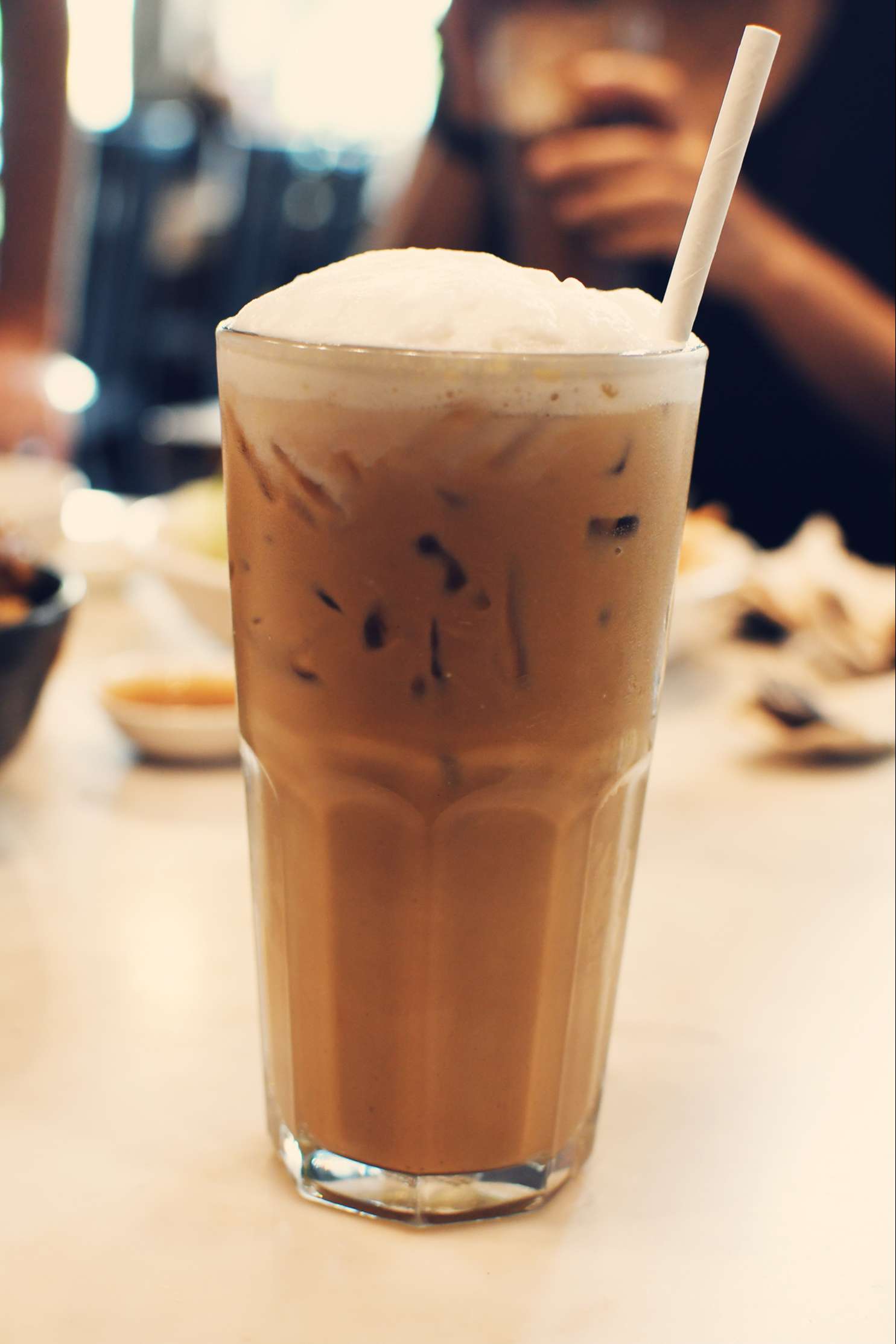 For the first time in my life I had the odd combination that strikes me as American, and that was chicken and waffles. Wait a minute. It wasn't chicken because this was a vegan restaurant. I know people that would be fooled by this. It has the same texture as chicken and was just like regular chicken nuggets. 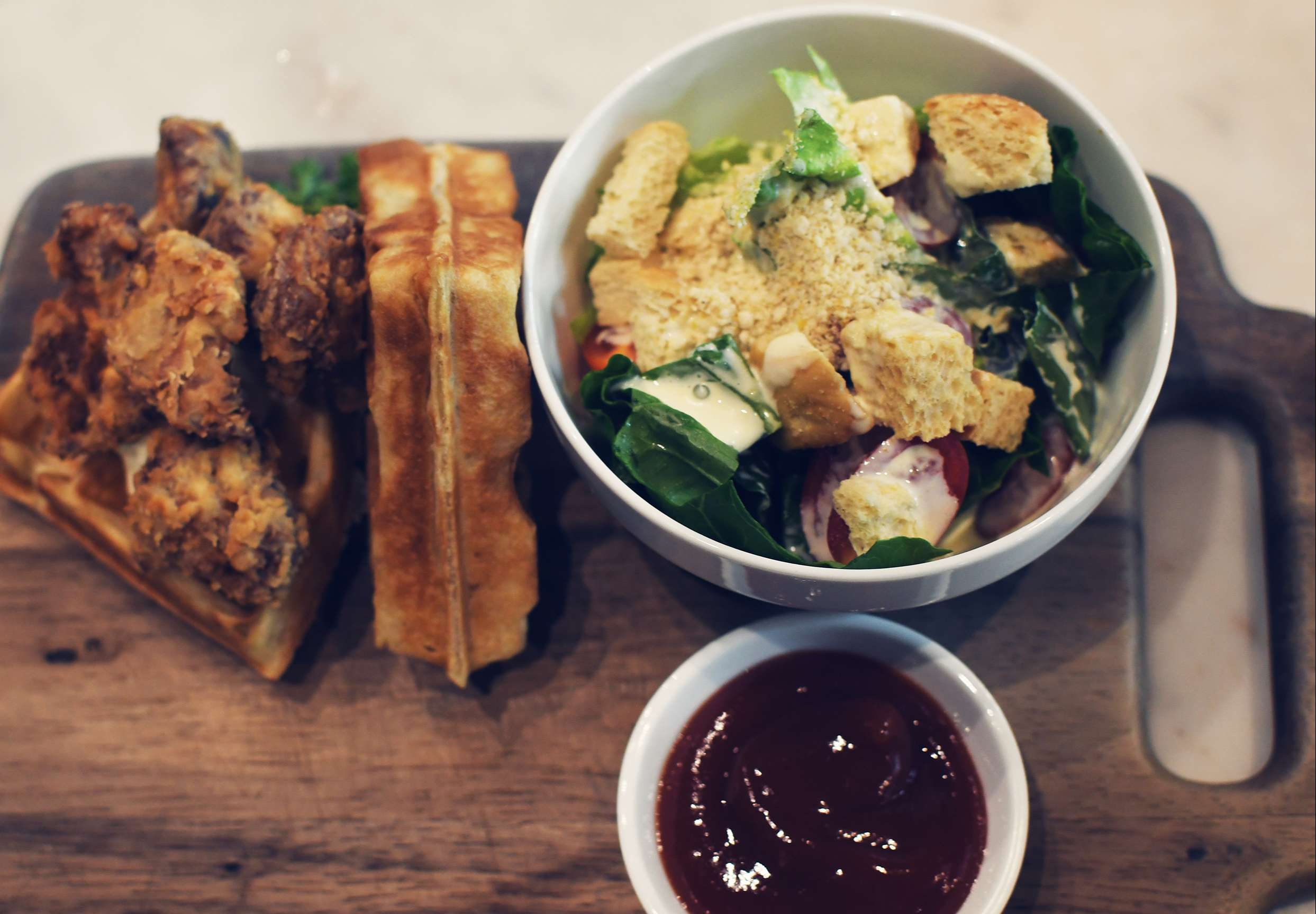 It came with a vegan ceasar which was okay but not as good as the vegan ceasars that I've had before.
The mock chicken and waffles were both crispy like I like and had a vegan mayo on it that I really liked.
It came with ketchup which didn't really interest me and I love ketchup. 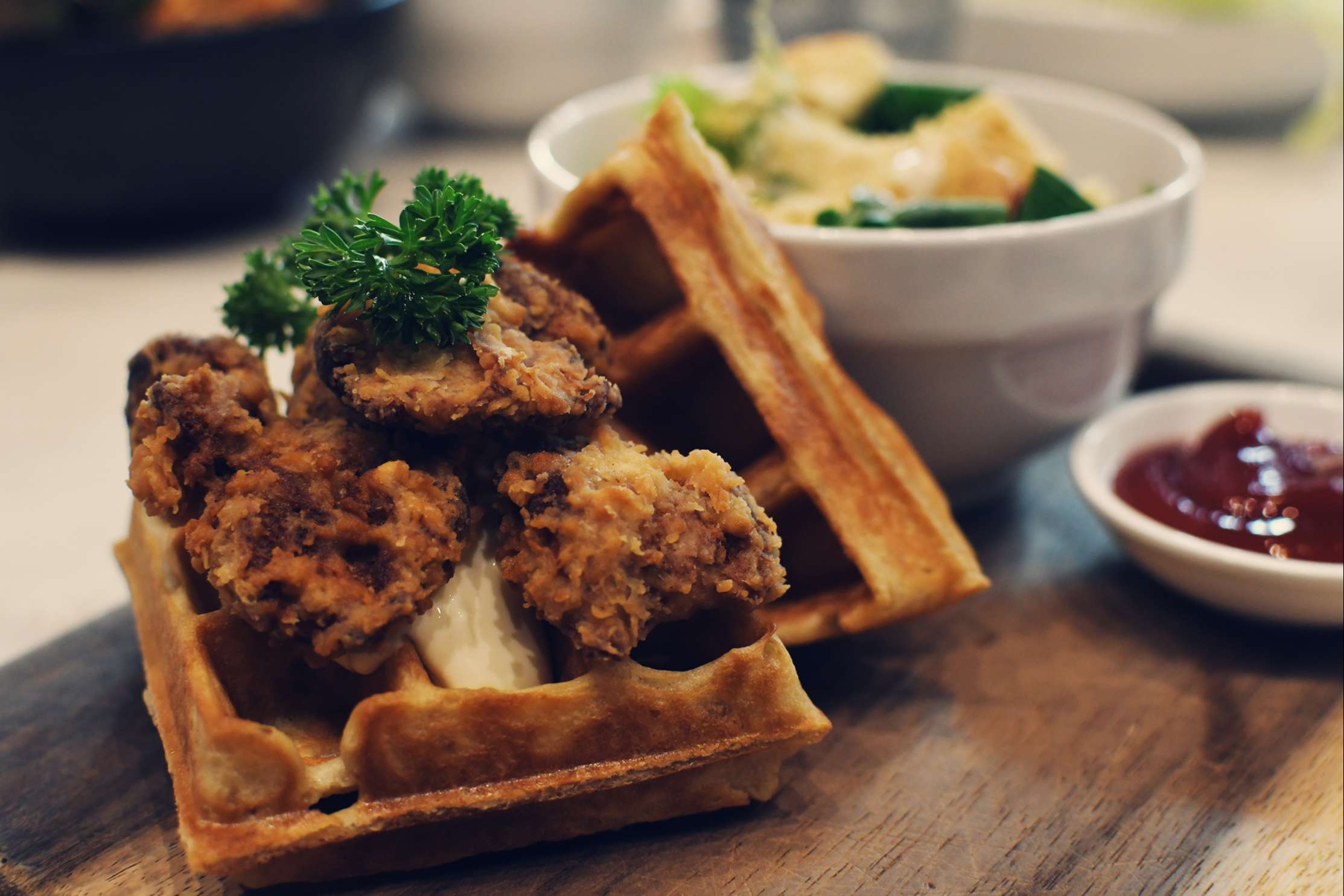 My boyfriend ordered tofu satay on salad. I really loved the taste of the tofu. If you hate tofu because you think it has no taste, you would have liked these. They had a curry taste and they were not bland at all. The salad was just salad and nothing special but I loved it. 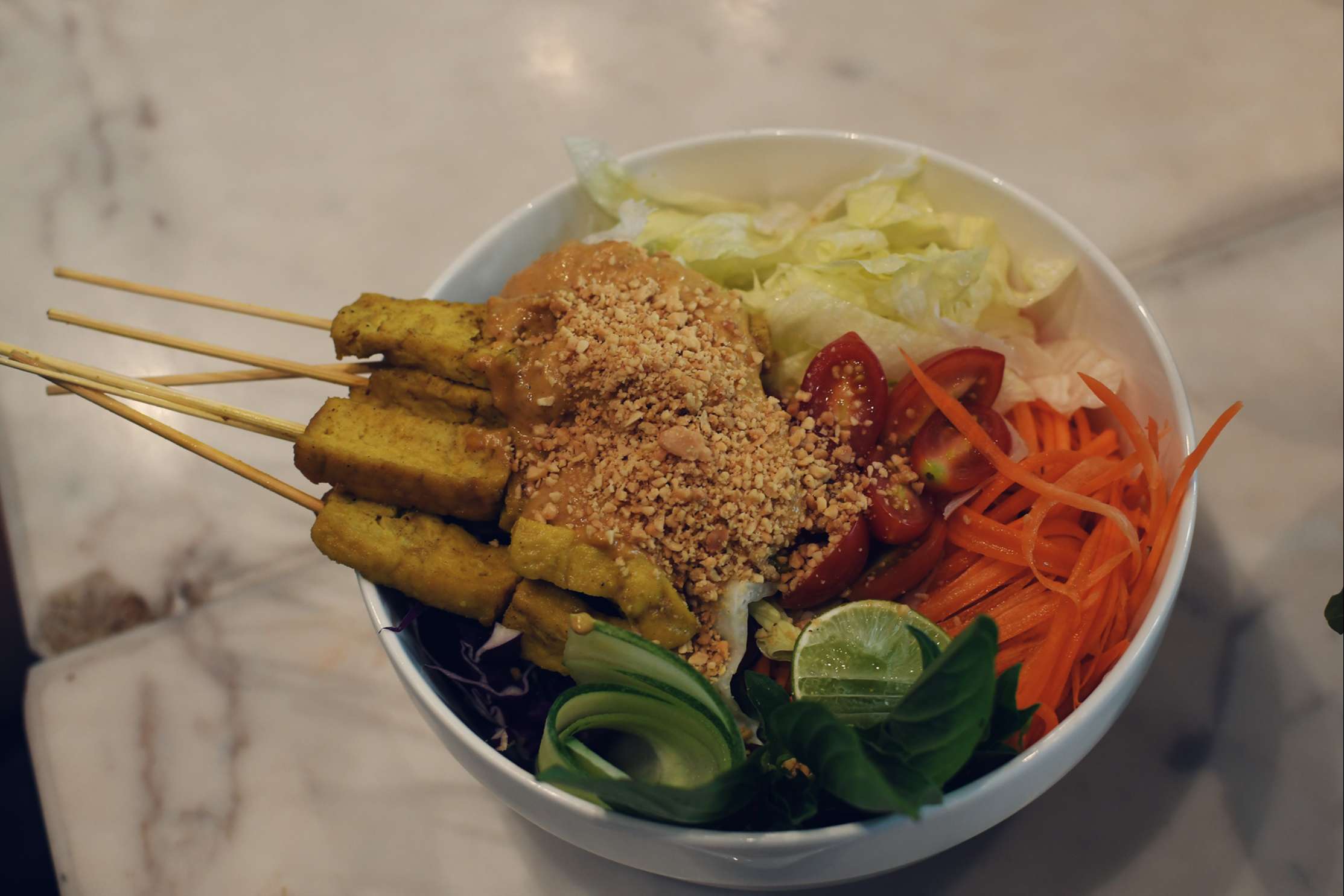 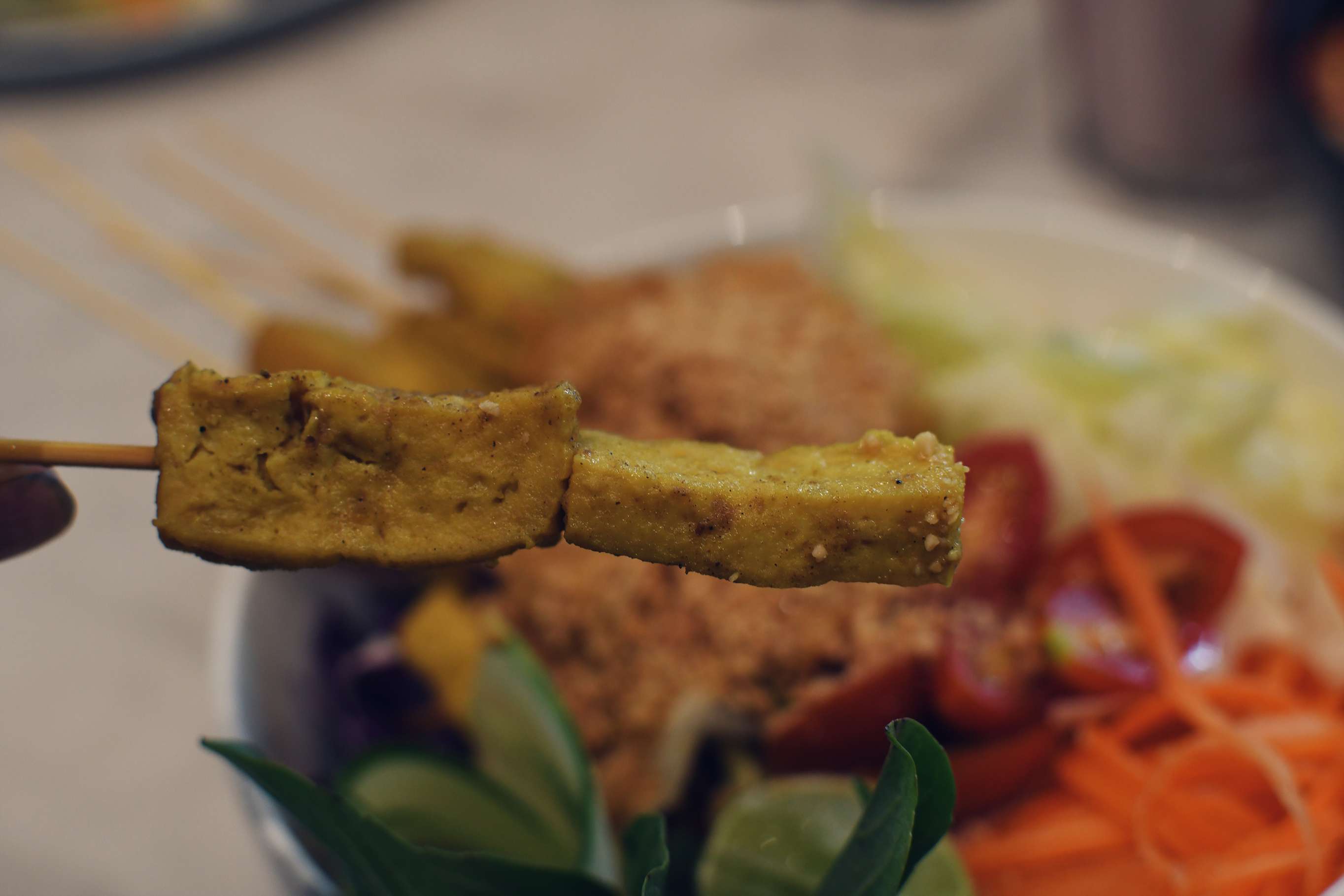 I was kind of jealous that he got this. It was better than mine and most of all it came with chili and peanut sauce.
It was more exciting than mine. 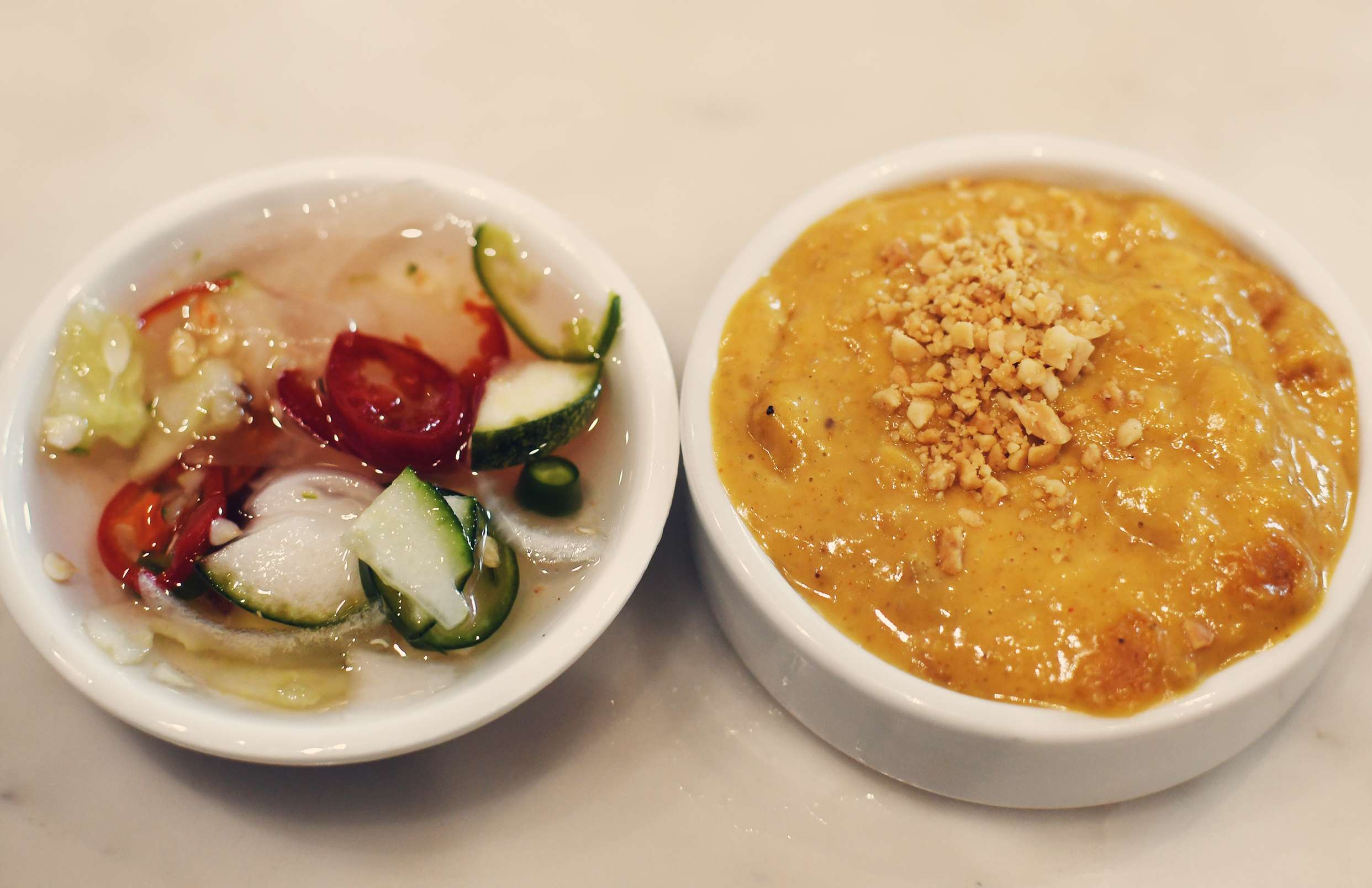 Our friend had a Thai papaya salad made from green papayas. This is a popular Thai salad. I had this the last time I was at here and I just love it. 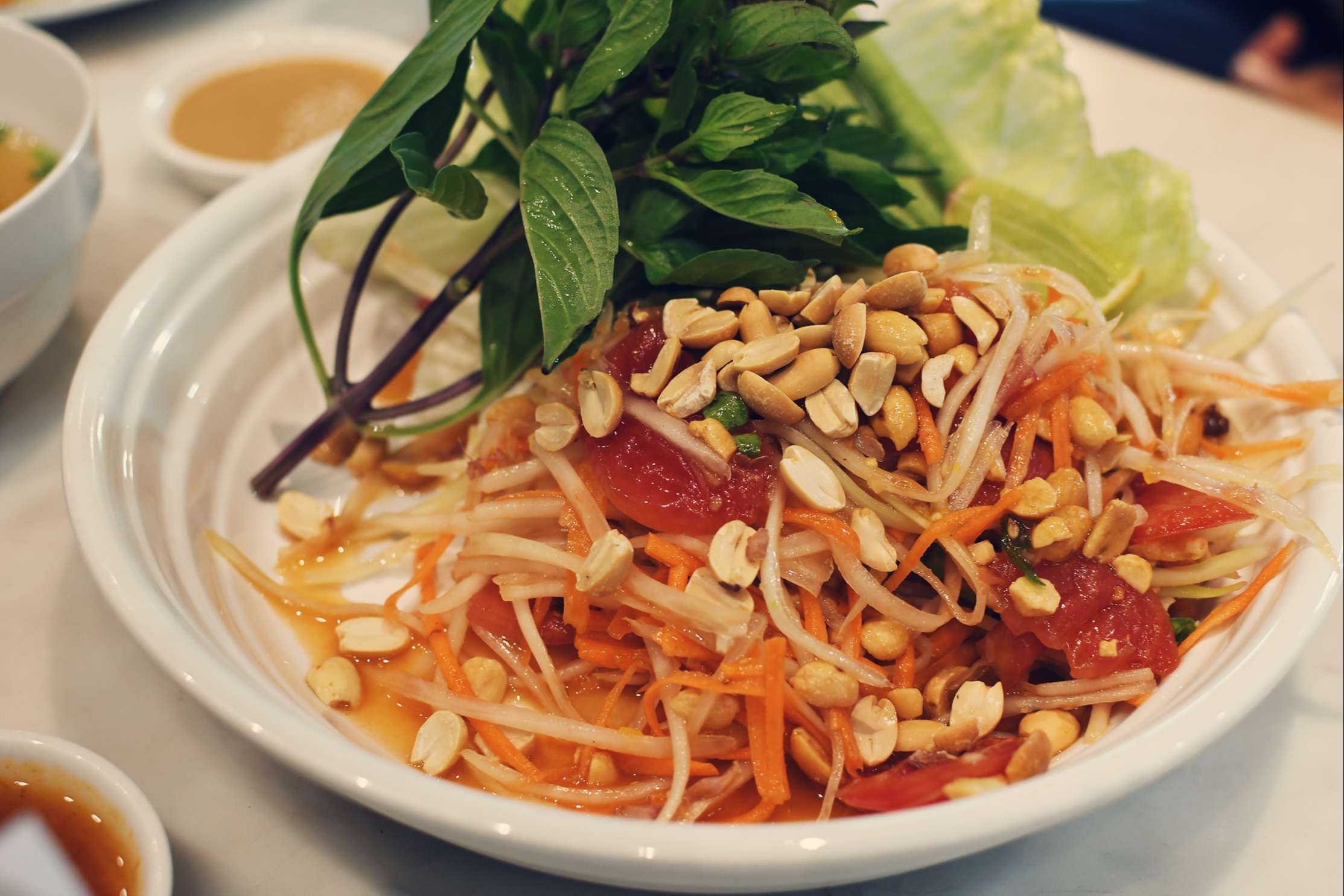 My friend's boyfriend had what he always has which is the pesto pasta with beet balls.
He also gets the BLT wrap which looks good but I've never tried it. I've tried the pesto pasta and it's really good. 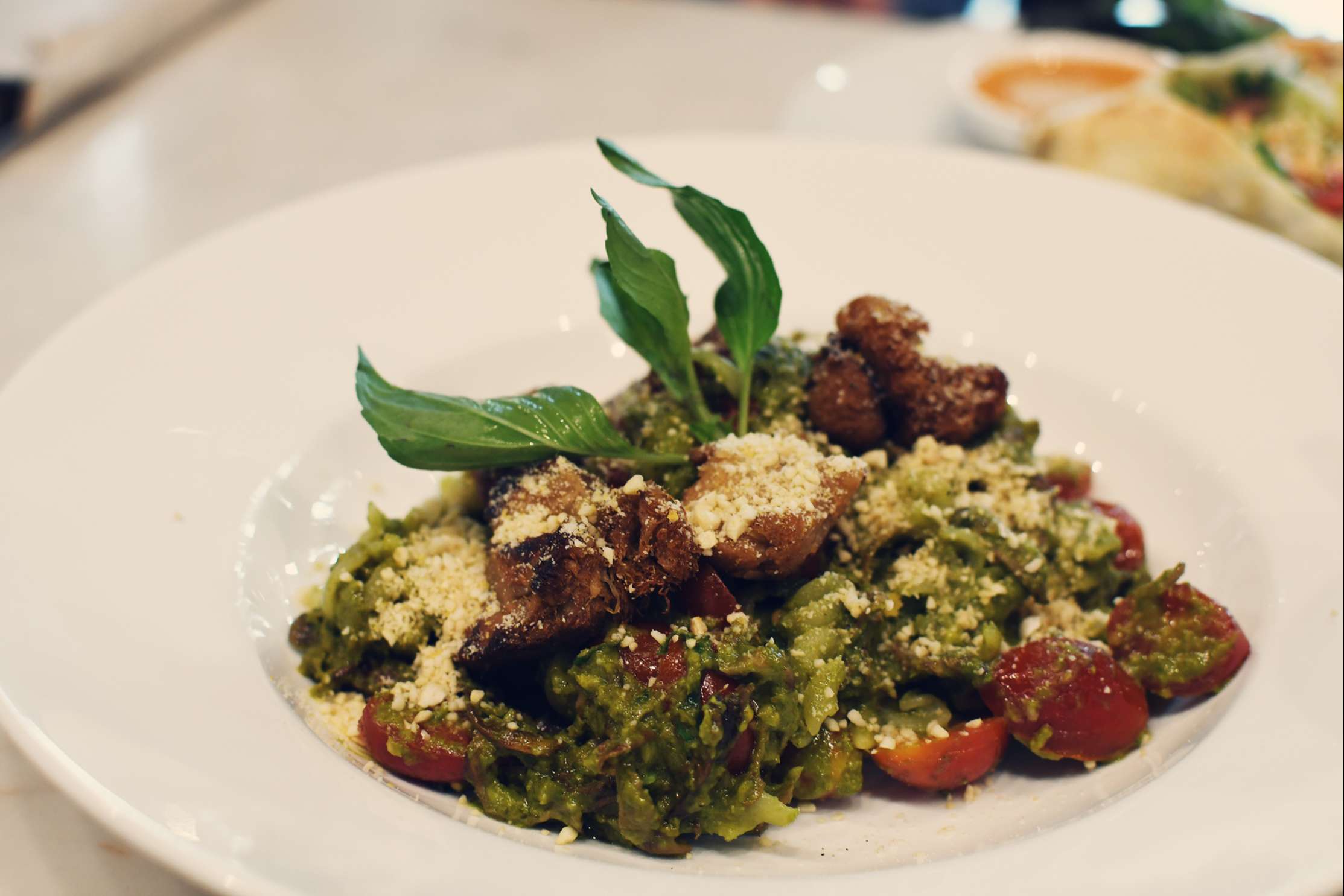 One thing Veganerie is known for is their deserts. I normally don't crave sweet things but I had to save room for their epic sundaes.
This is a very difficult desicion to make because you can tell by the photos on the menu that they are all good.

After quite a while we narrowed it down to two chocolate sundaes. One had a brownie in it which we decided against.We thought it would be too much. Our friends got that.
We chose Death by chocolate 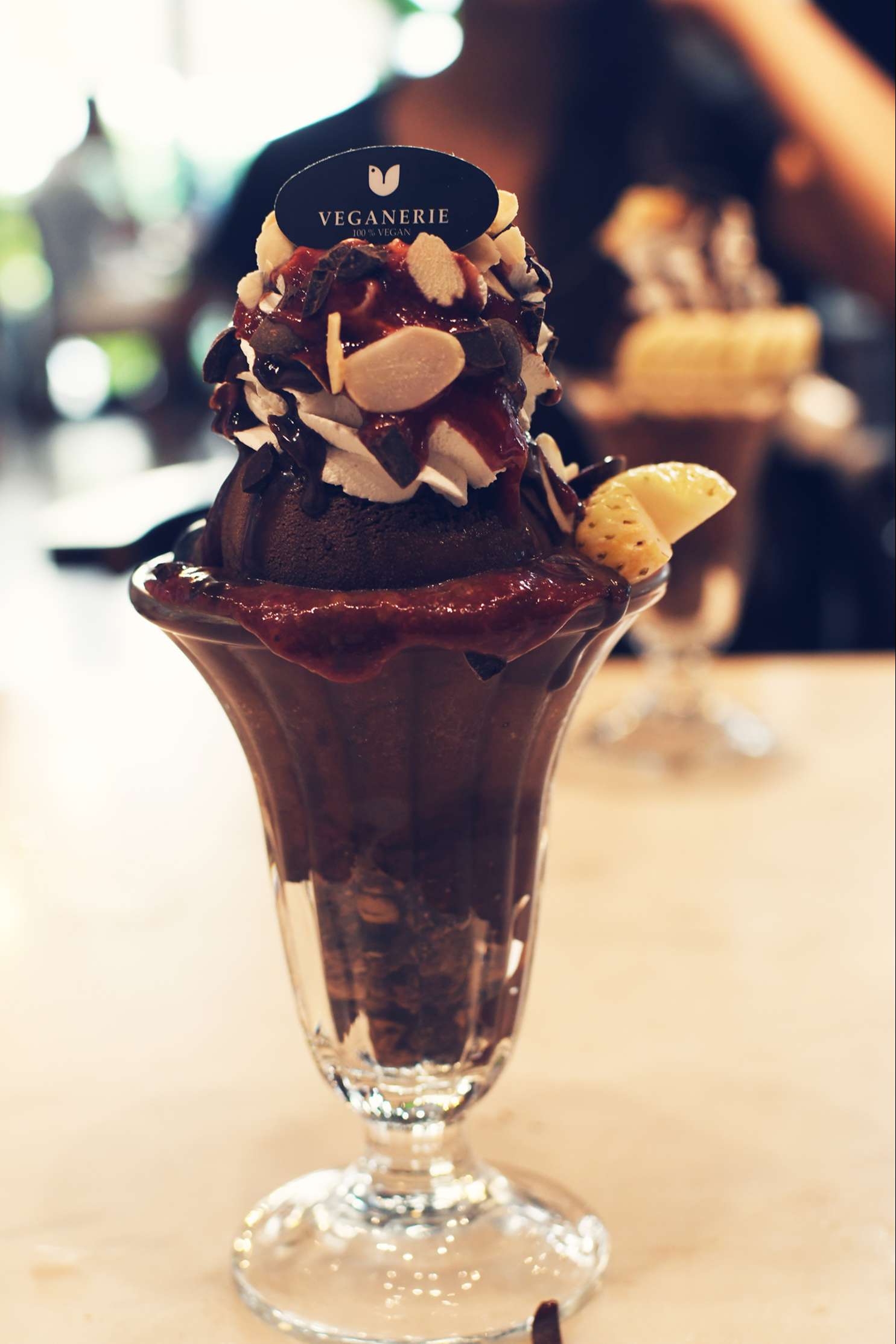 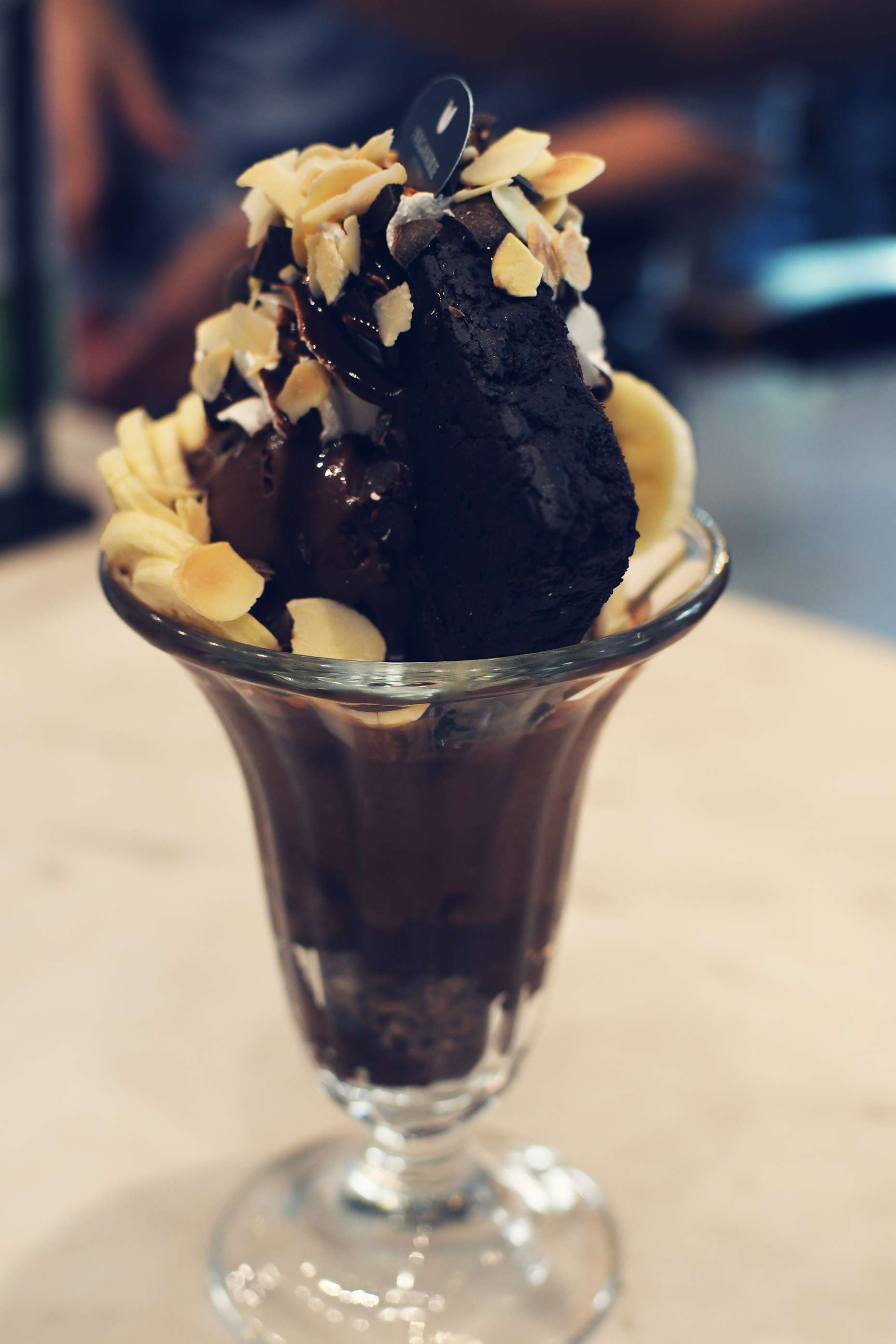 This place has some added bonuses. It has items that you can purchase. There are specialty food items and cosmetics creams lotions etc. that are all vegan. 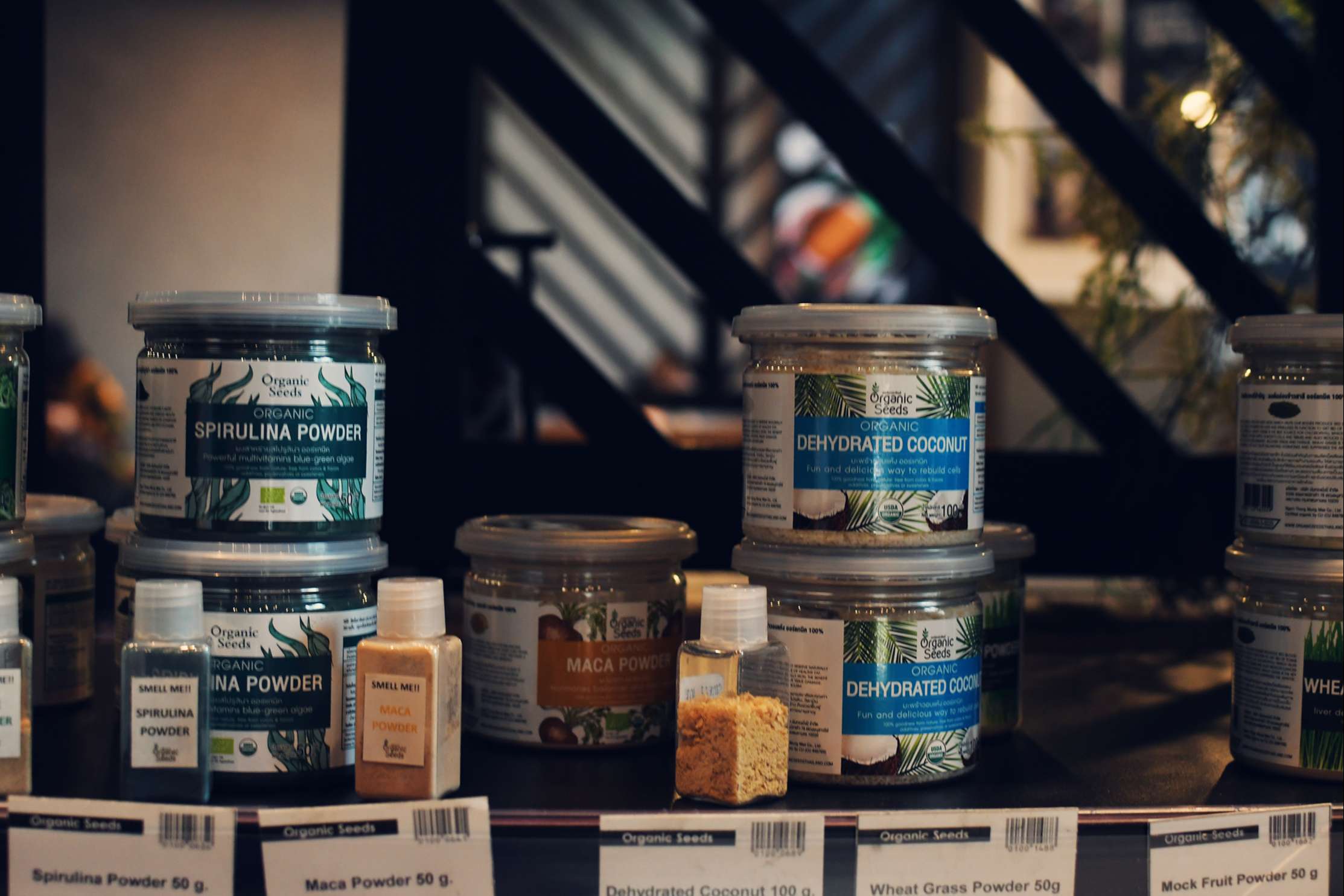 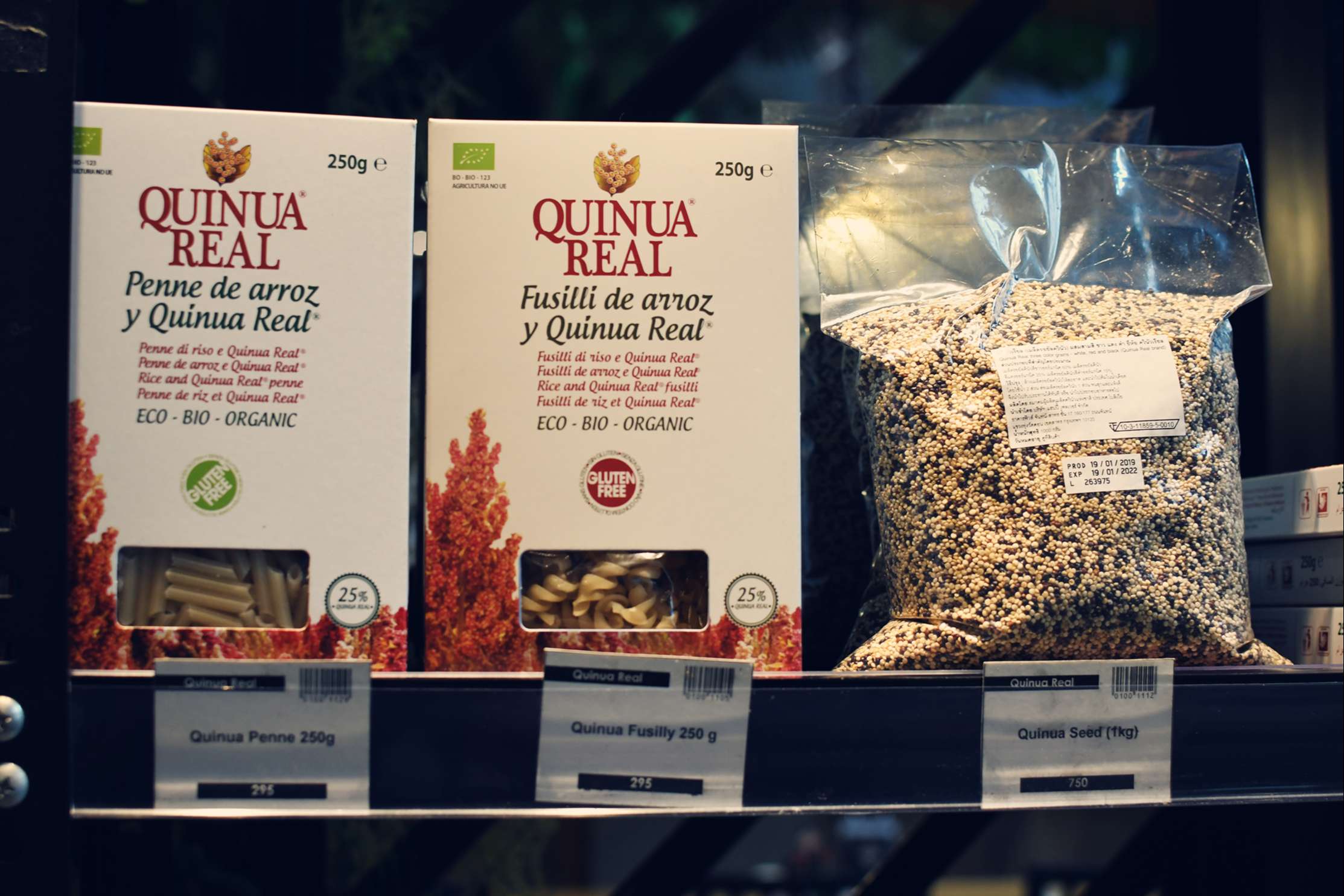 Veganerie has a relaxed atmostphere and good service.
Overall I will give it 8 out of 10 with nothing to complain about.

Thank you for entering our <Your weekly choice > Contest . Thanks to @carolynstahl, Tasteem has become a more attractive guide. We upvote your post, wish you the best of luck in winning our Contest!

Much appreciated thank you!

Wonderful photos and a good review of the food! It amazes me how all this vegan fare is made, without any dairy products. I had to research how vegan "ice cream" is made, and discovered it's pureed bananas, berries, and such... very creative!

The vegan ice cream was made from soy milk and I kid you not, it was identical to Hagen Das. I would not know the difference. Thank you very much @thekittygirl!

Fantastic. Really I feel hungry after seeing it.

foodiesunite
5 months ago
***Love your Foodie post!***
#### Yum! You have been curated by @bahagia-arbi on behalf of **FoodiesUnite.net**. Thanks for using the #foodie tag. We are a tribe for the Foodie community with a unique approach to content and community.

Join the foodie fun! Check it out at @foodiesunite for the latest community updates. Follow us for a FOODIE reward! We'd also love your support via delegation(receive a 2x FOODIE reward) so that we can help spread gastronomic delights.