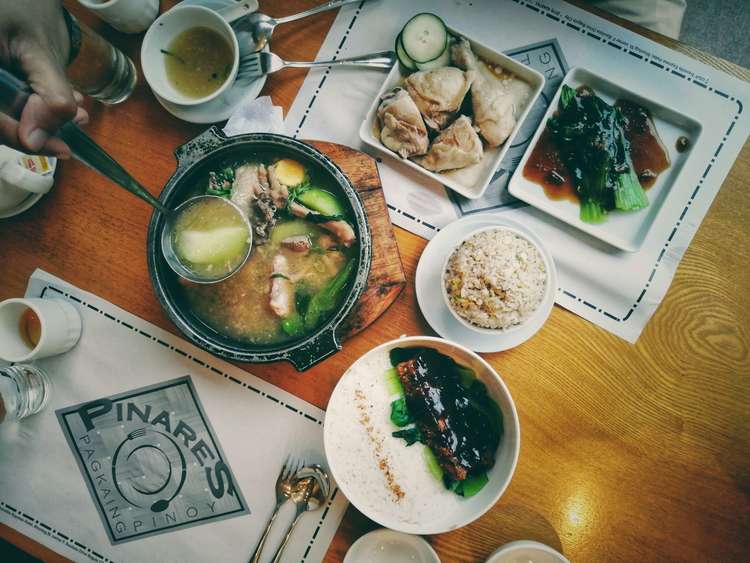 This is my second time here and I was skeptic for I had a not so good experience on my first and I have been avoiding this ever since. 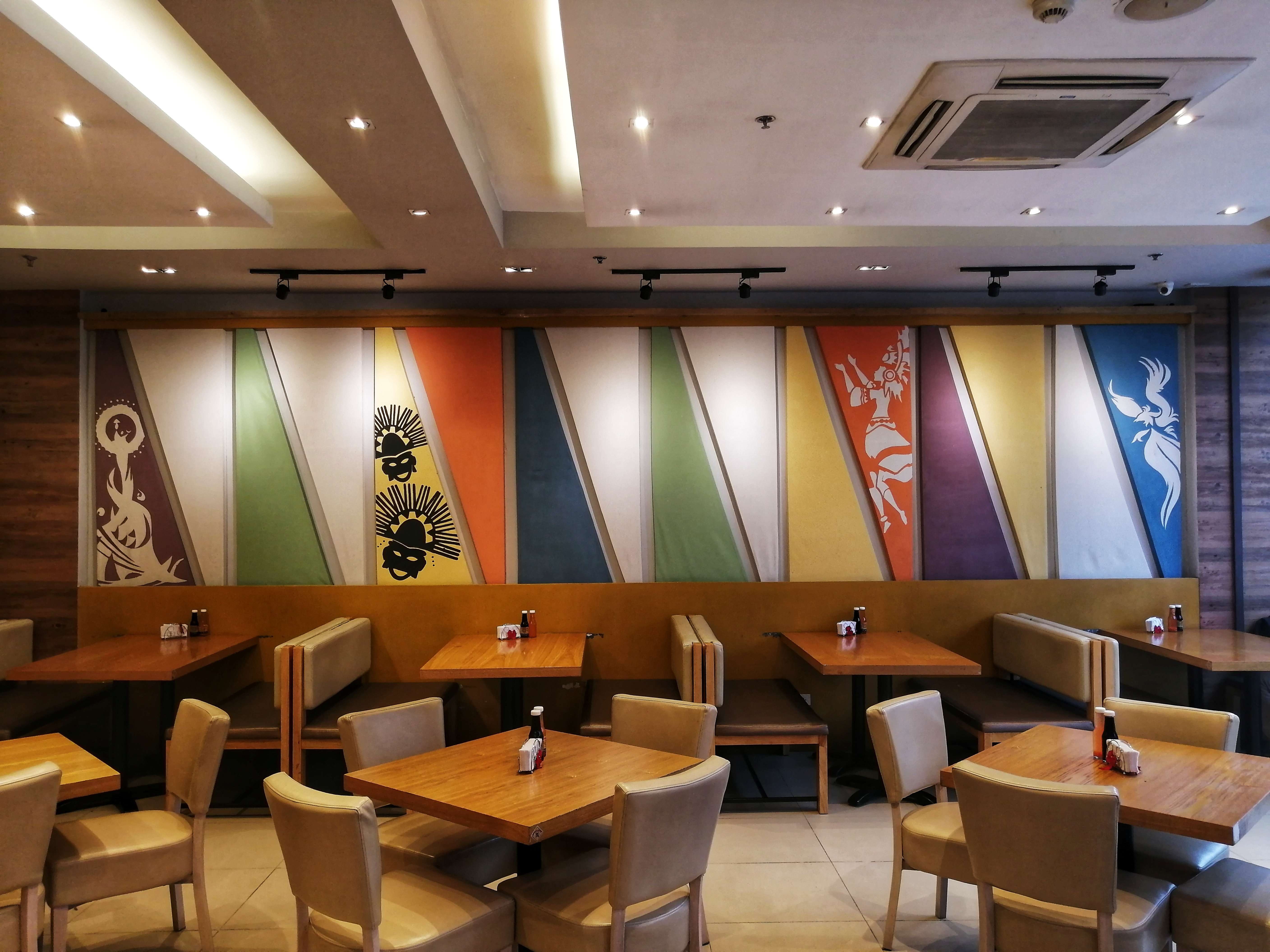 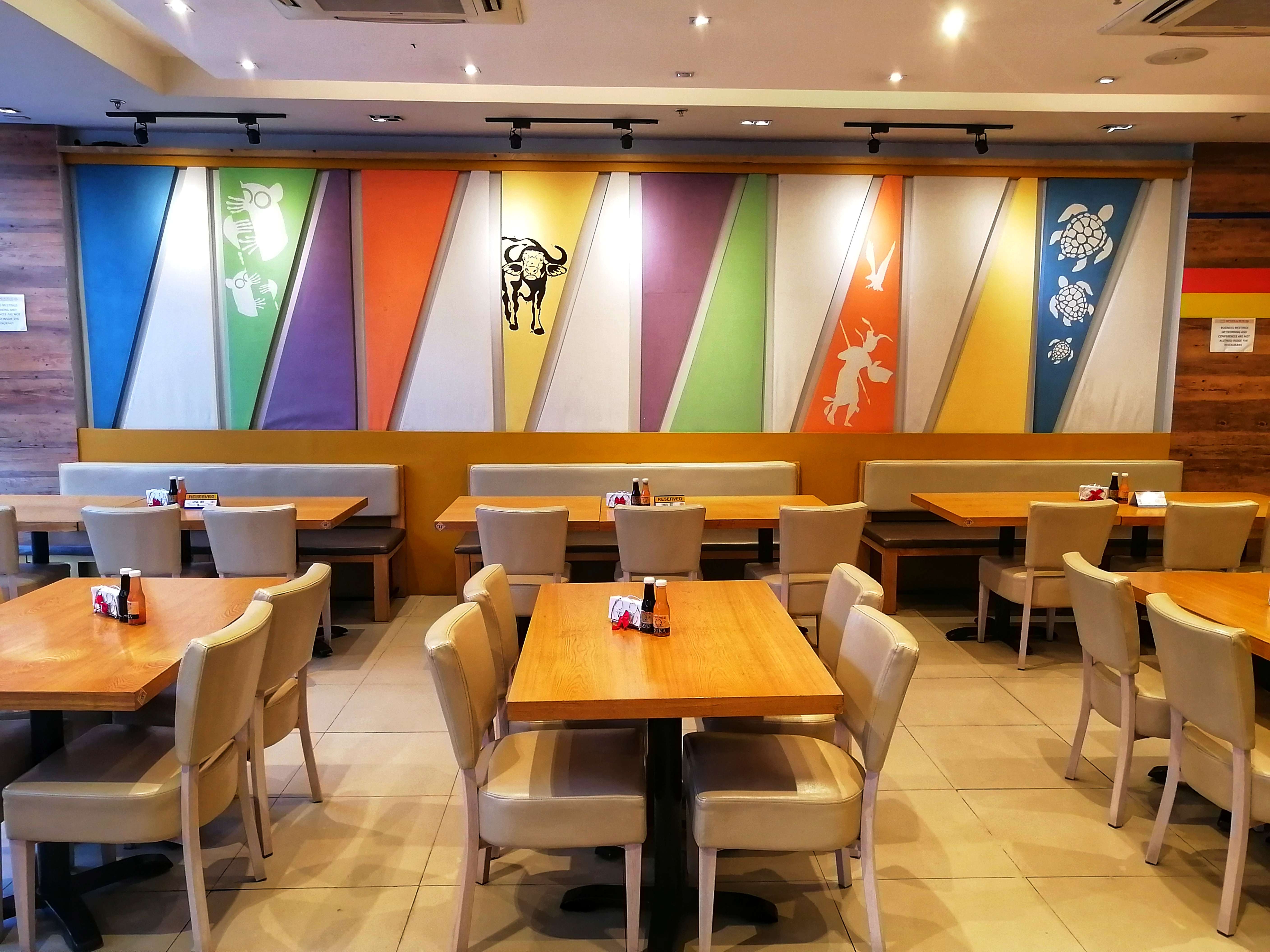 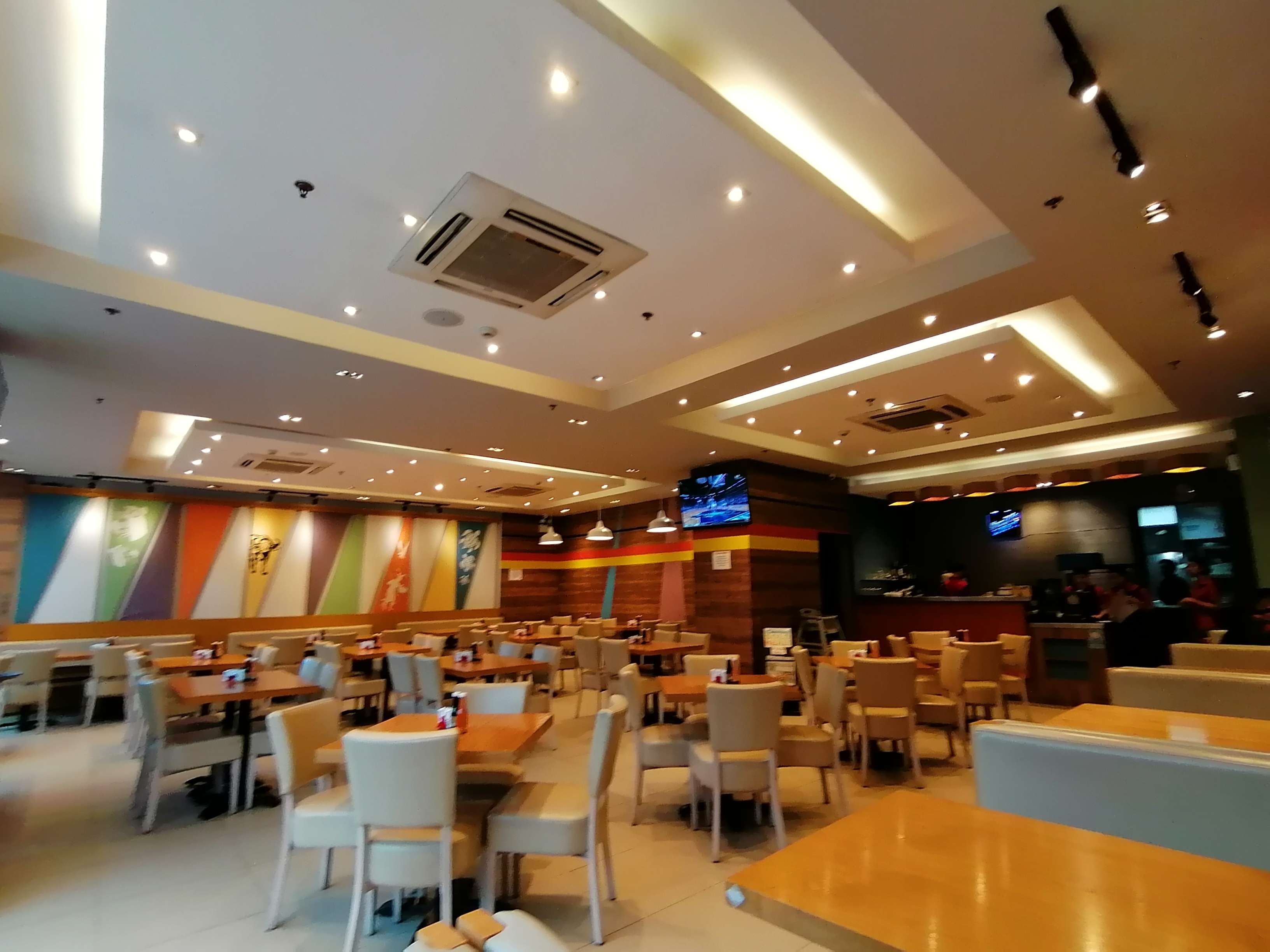 Not much has changed in terms of interior. I like the warm and pleasant ambiance the place has. They painted stuff on the walls that you can see in the Philippines which is a nice touch. There are two tvs playing different shows but are muted and music is playing on speakers.

Pinares has glass walls on the front and the view is just the city hall.

Menu is taped on one of those glass walls beside the door but they also have menus inside. 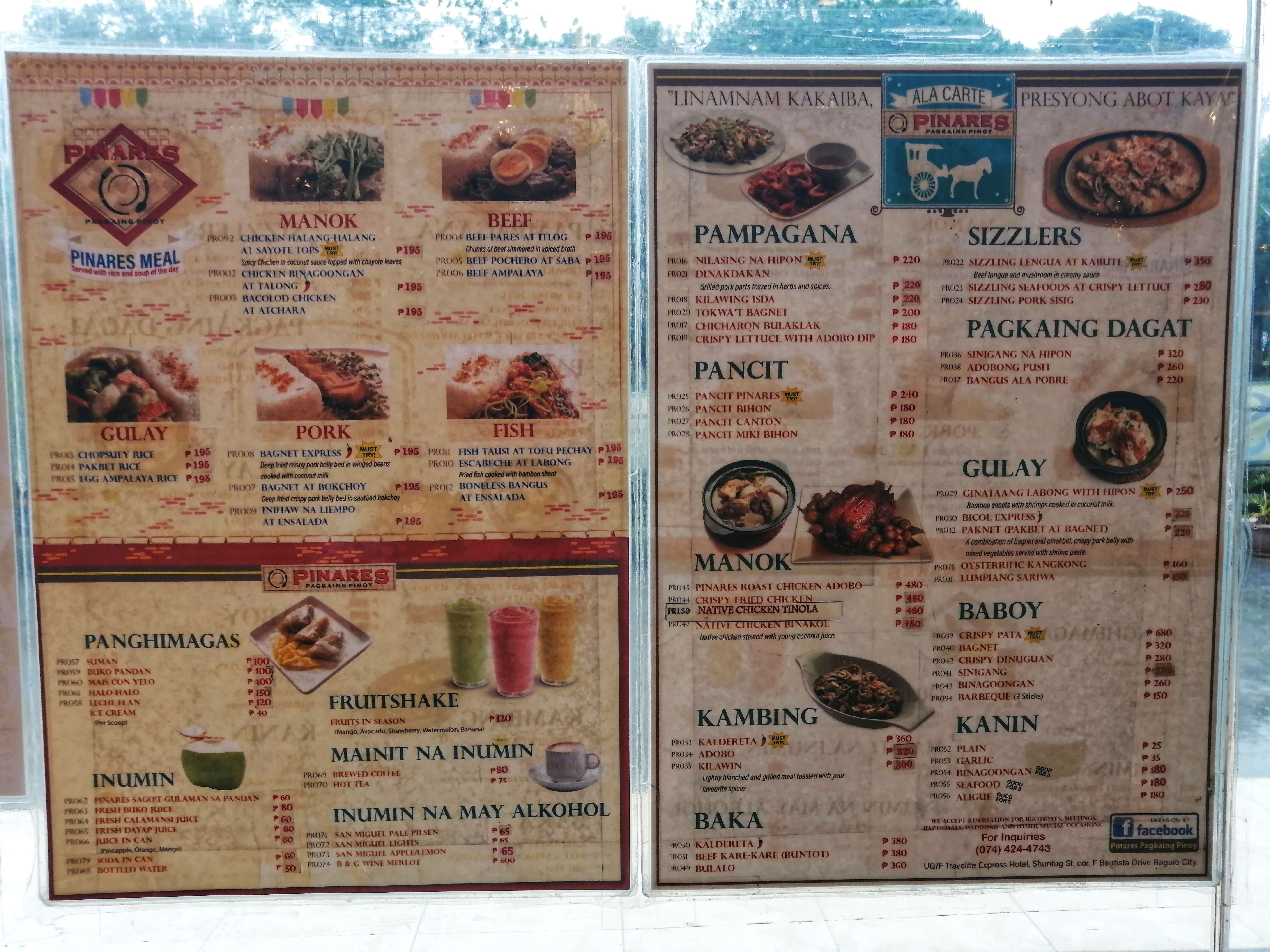 I ordered Macau Lechon Rice while my partner ordered Hainanese Chicken Rice. It was a rainy day so we ordered Chicken Tinola.

We also ordered tea while waiting for our order. 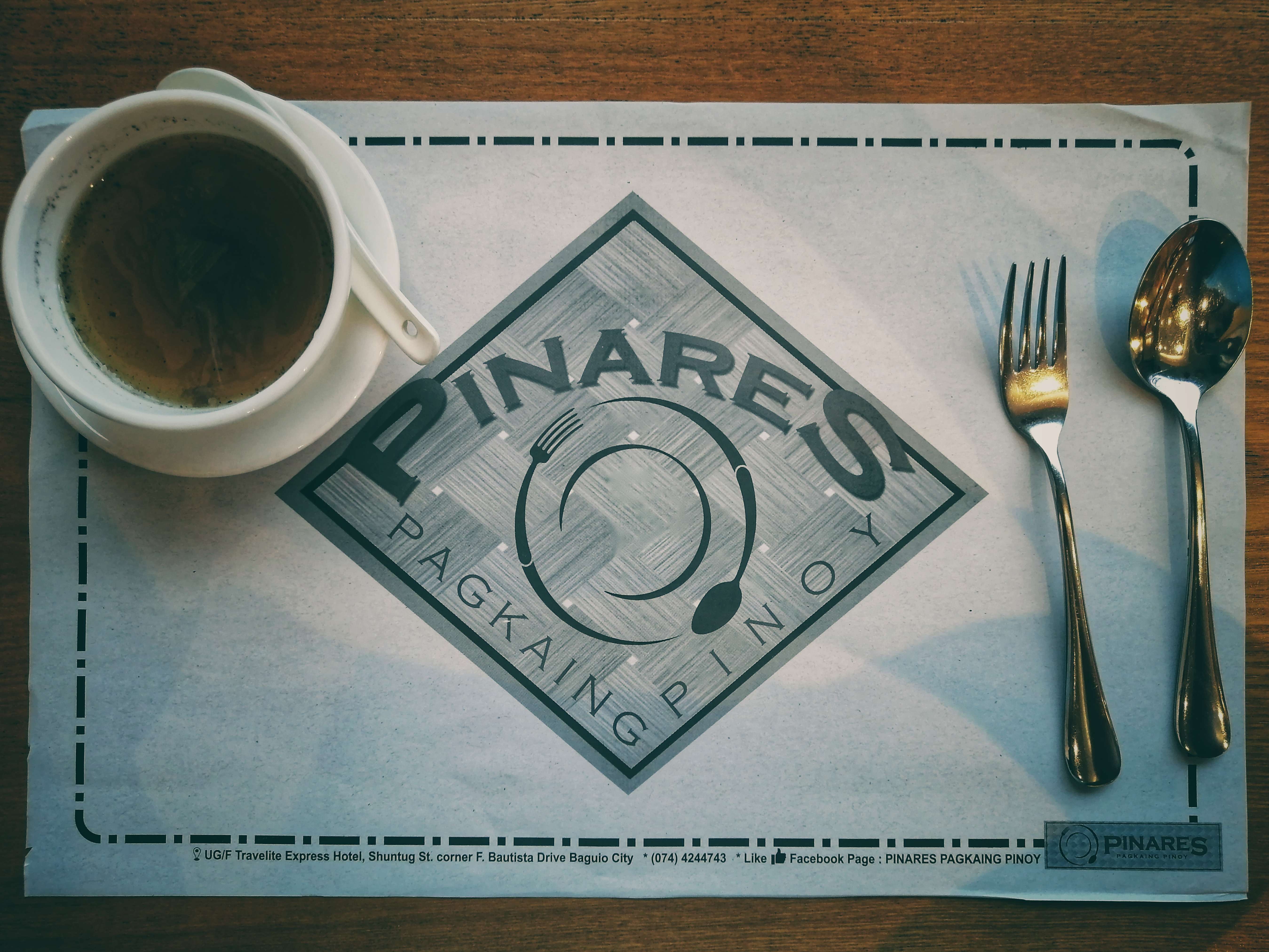 We were first served a bowl of Bulalo Soup or beef soup. A few minutes later, our tea followed.

The tea was sweet but I prefer no sugar on my tea. However, it is okay to have a sweet tea once in a while. 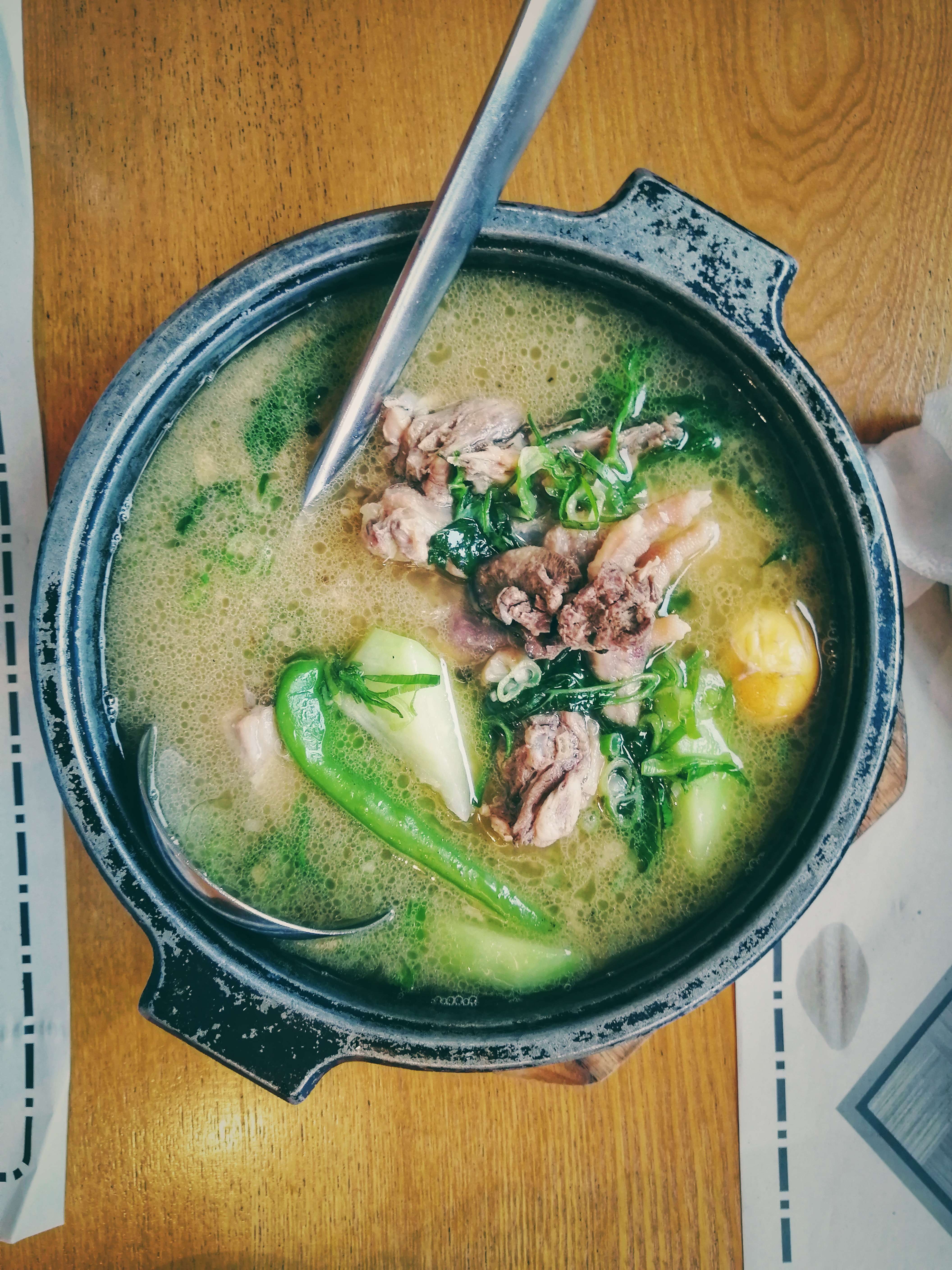 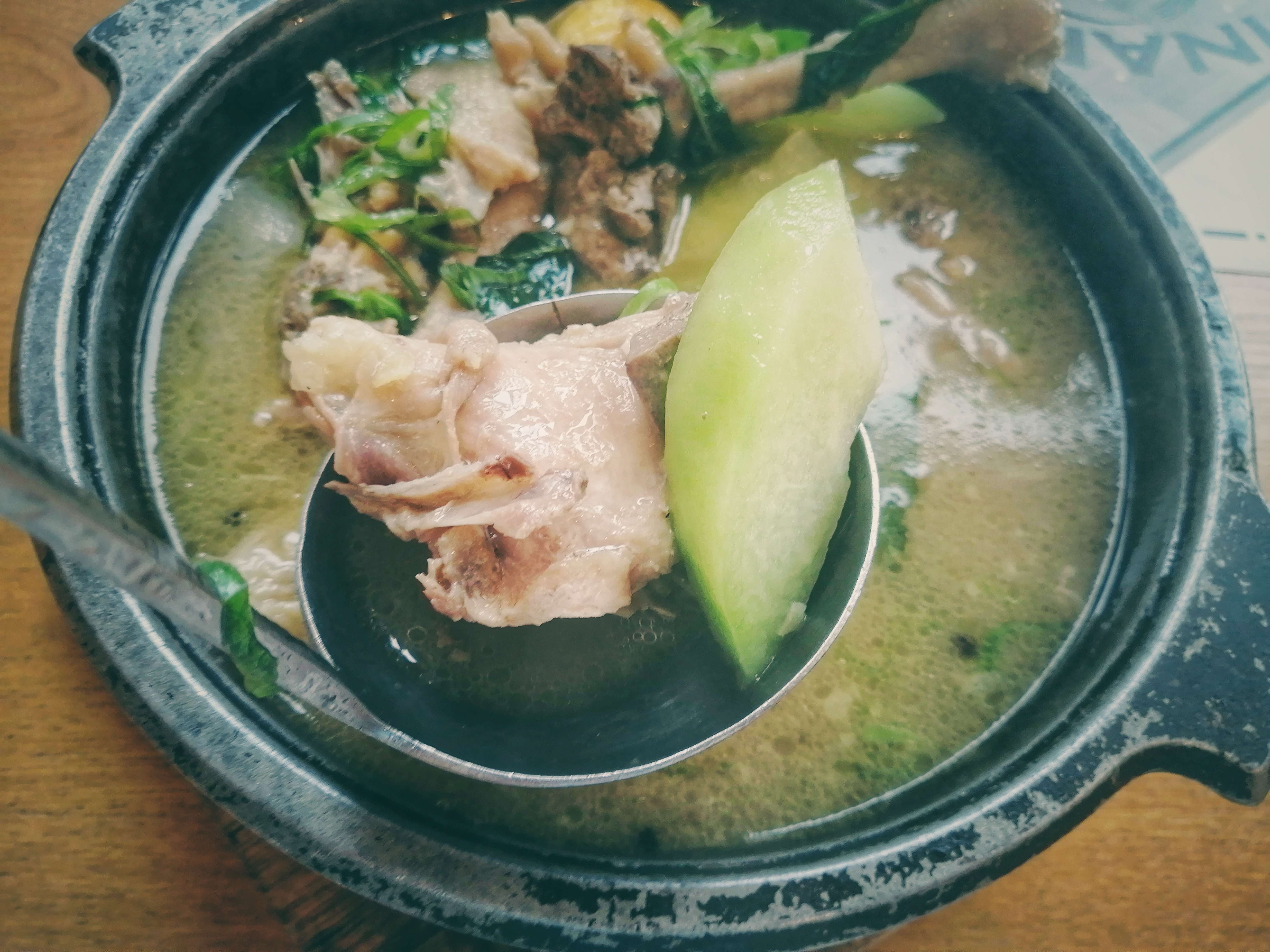 Chicken Tinola is a traditonal Filipino dish. This is a chicken soup with papaya or sayote and chili leaves along with ginger, garlic and onions and then seasoned to taste.

However, variations differ from one person to another and we can put substitute or additional ingredients to it.

Here in Pinares, they used sayote, green pepper, water cress and added leeks, ginger, garlic and onions. I like how it was not salty and you can taste the deliciousness of chicken soup. It is flavorful and hot perfect for a rainy day. 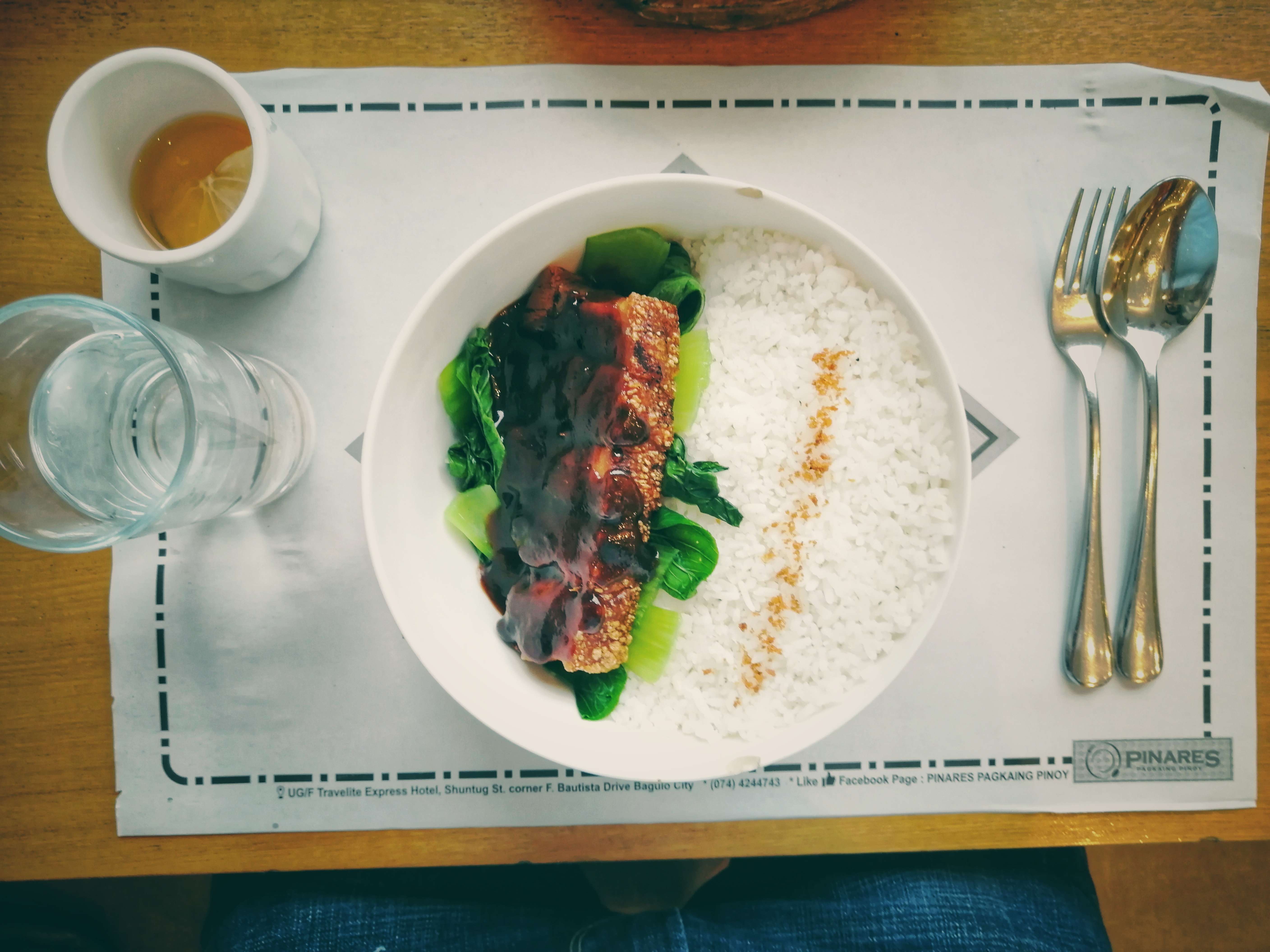 Lechon Macau Rice comes in a bowl. The pork is crispy and tasty. The rice is plentiful that it fills half of the bowl. Leaves of Chinese cabbage were added to it and poured over with sweet sauce with a touch of sourness to it. I am not that happy with the sauce. I'll make a mental note to request not adding that when I plan to order this again.

I like the texture and taste of the meat itself though. It was fried to perfection. 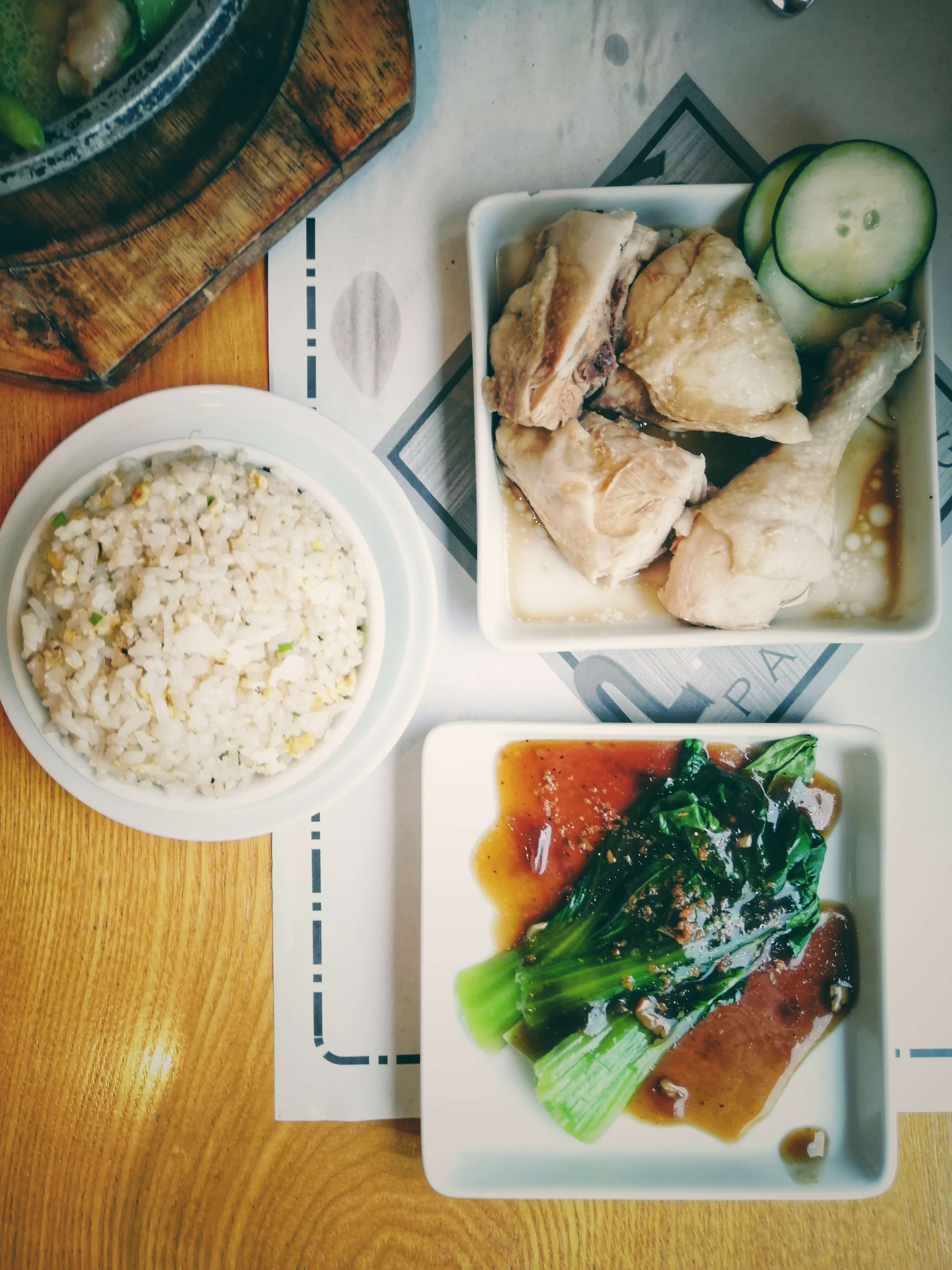 Hainanese Chicken Rice comes in three separate servings. One plate for the chicken which is a lot, one plate for the bok choi and one bowl of fried rice. The chicken was steamed and not that salty. The meat was tender. The fried rice was just enough serving. The chinese cabbage taste food as well.

All in all, I give this place a 2/5 rating. Some of the food is good while some fails expectations. Ambiance is great though and the crew is okay. Price wise, it is more expensive than others where you can have more and food tastes better.

Pinares is located at Upper Ground Floor of Travelite Express Hotel at Shuntug Street corner F. Bautista Drive, Baguio City right across the city hall compound. You can cgeck out there facebook page at Pinares Pagkaing Pinoy for more information or their webpage. They are open feom 7:00 to 9:00

Thanks for sharing your detailed review with nice-style food photography. Keep up your great work.

No customers inside the restaurant? Is it too early or already too late when you came?

People started coming in while we were dining. This happens a lot everytime I go to a certain place. It is empty when I go in but then more customers follow later on. I'm like a crowd magnet lol!

Amazing review. Thanks for sharing