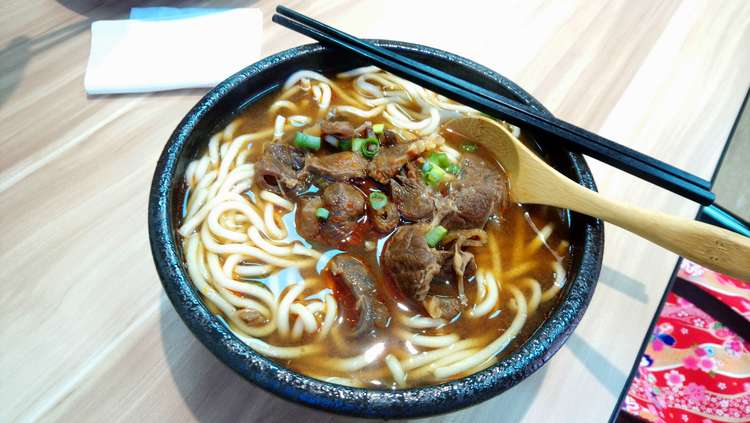 A few weeks ago I noticed a new noodle shop was about to be open near me. I checked out the name, turns out they're quite famous down south. I made a mental note to try them when they open. 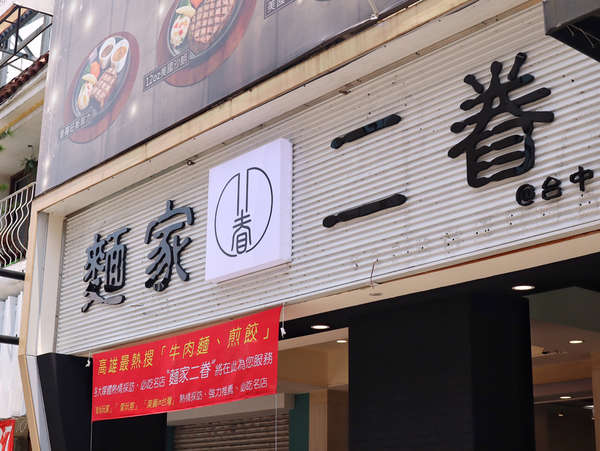 Last week I walked by and noticed they had opened. I was in my way to somewhere else for late lunch, but quickly decided on a quick change of plan. In fact I wasn't quite sure if they were open or not as there were no big opening signs outside, and things looked a bit make shift. 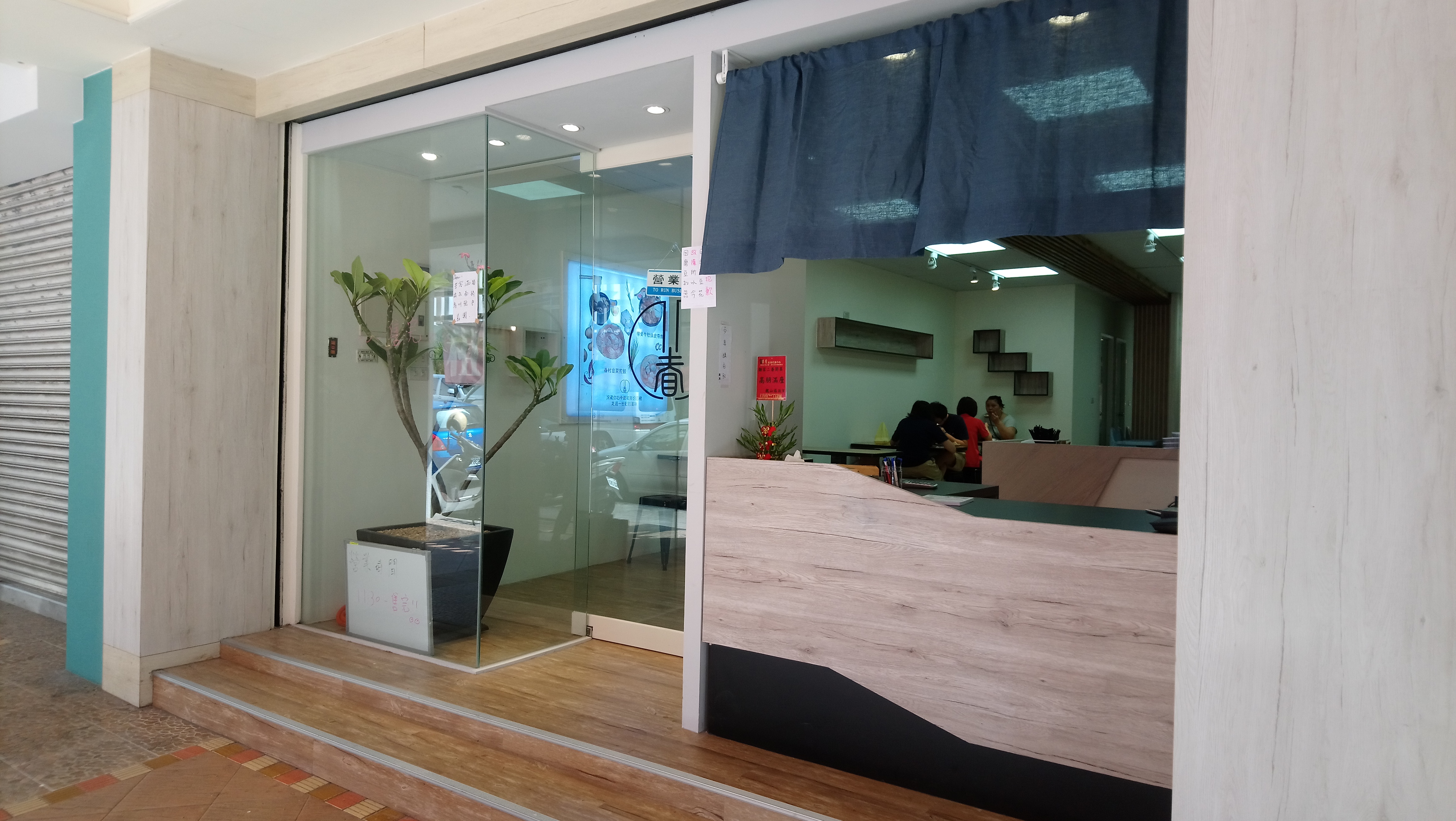 There were about ten tables inside which probably sits 40 people, and there wasn't any decor so to speak. The staff didn't have any uniform on, just a normal apron, I did hesitate for a moment if this was the real shop. Anyway, the menu had the shop logo on so I guess my concerns were redundant. I forgot to take a photo of the menu as I wasn't planning to do a review. 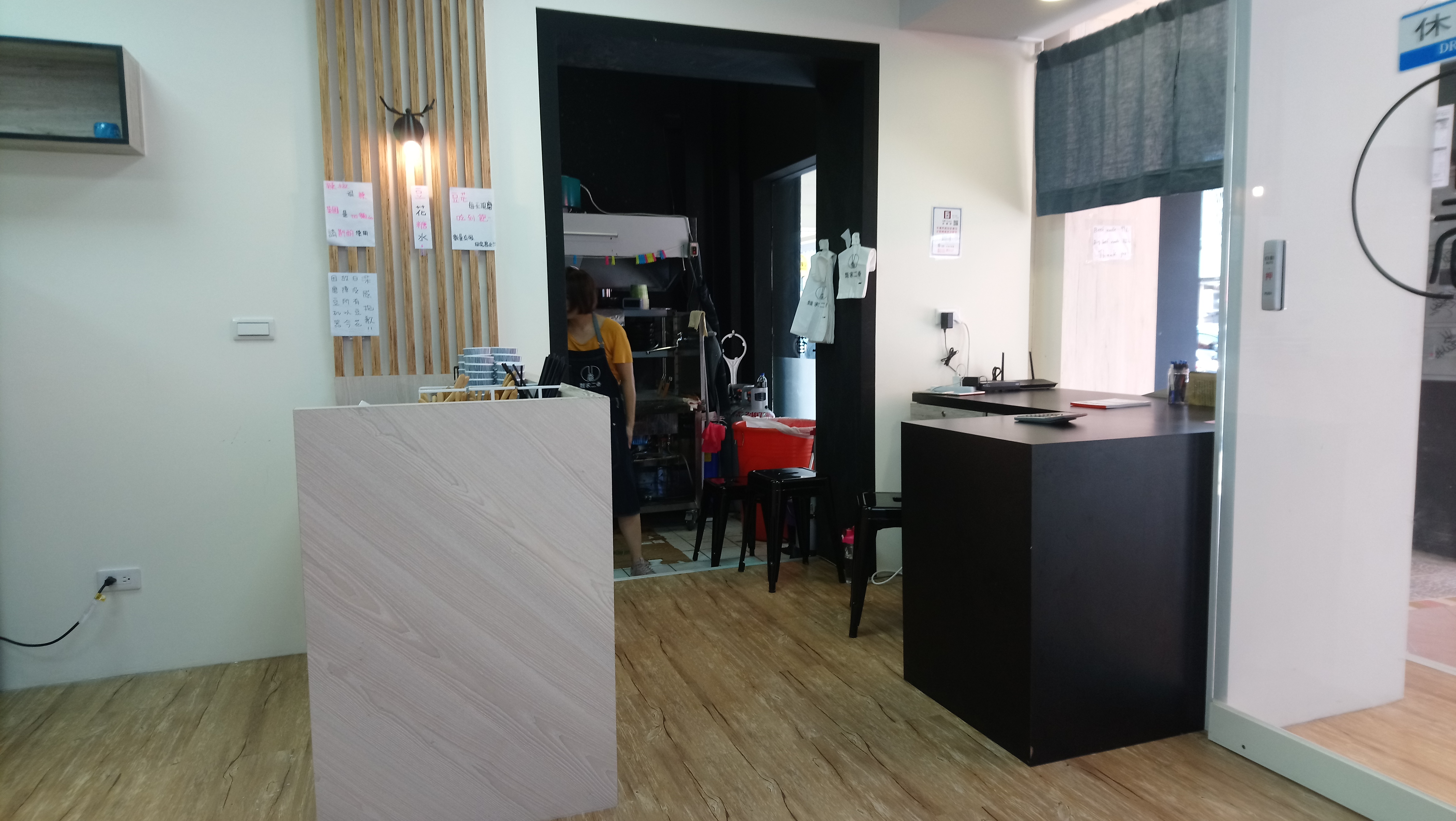 The counter is at the front of the shop with an open window making it convenient for people to buy takeaway. Behind it is a self service counter to collect the utensils. And in between is a doorway which leads to the kitchen. 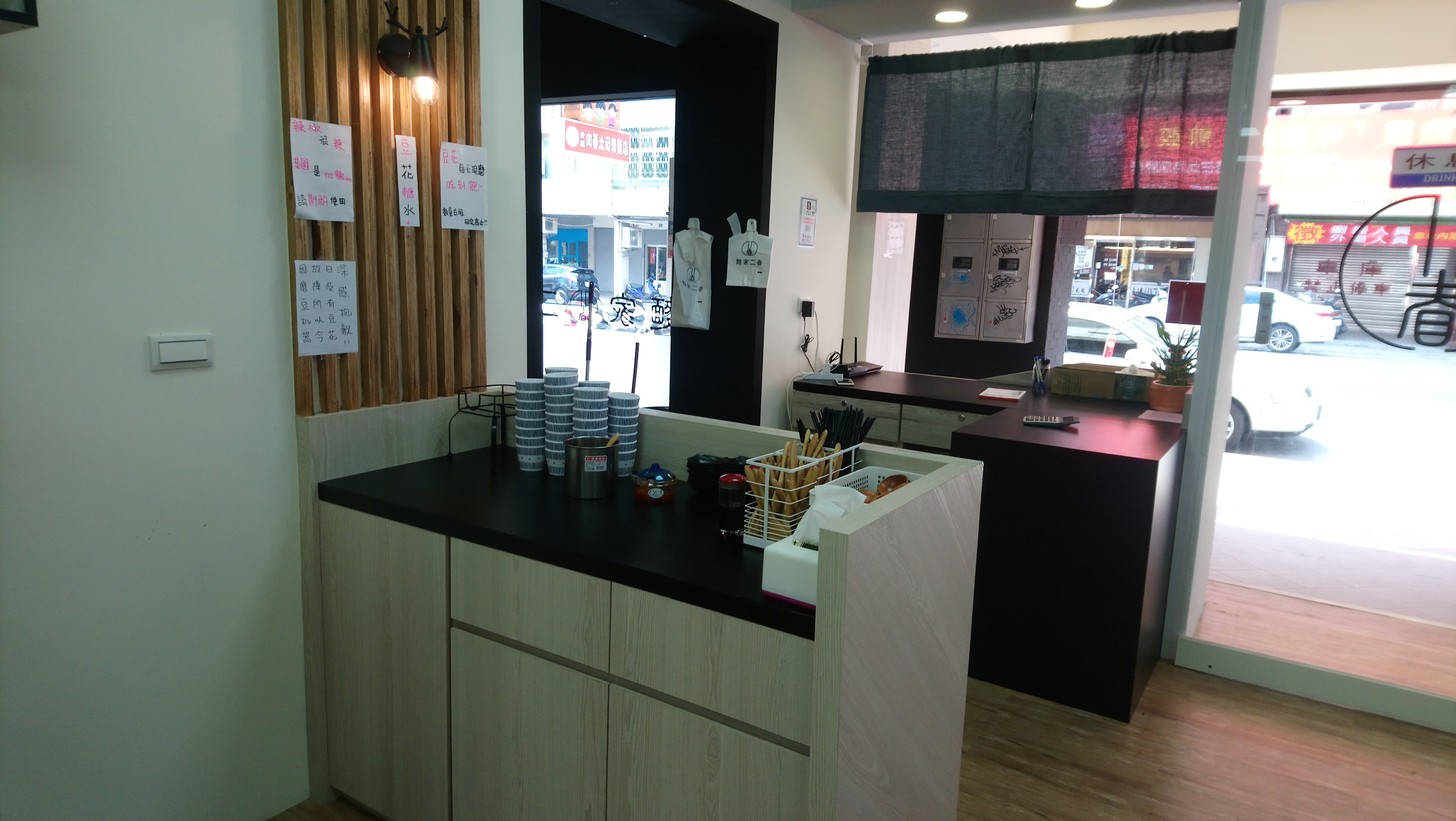 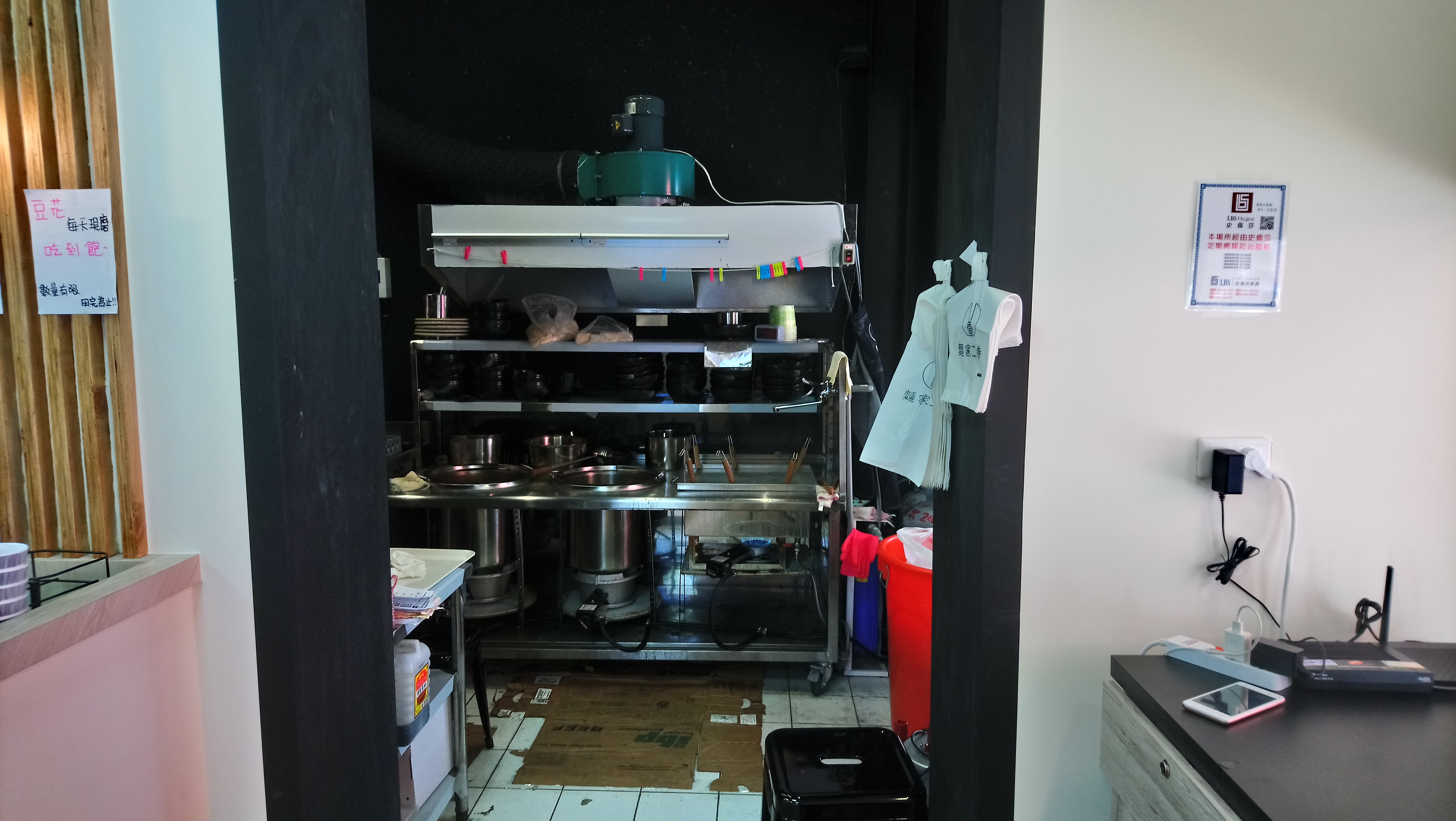 I ordered their signatures beef noodles as it was just going to be a light lunch. I may come back again in future to try out their other dishes such as the fried dumplings which sounds quite good.

They have a choice of thick or thin noodles, i always go for the thin ones as I find the thick ones too stodgy. 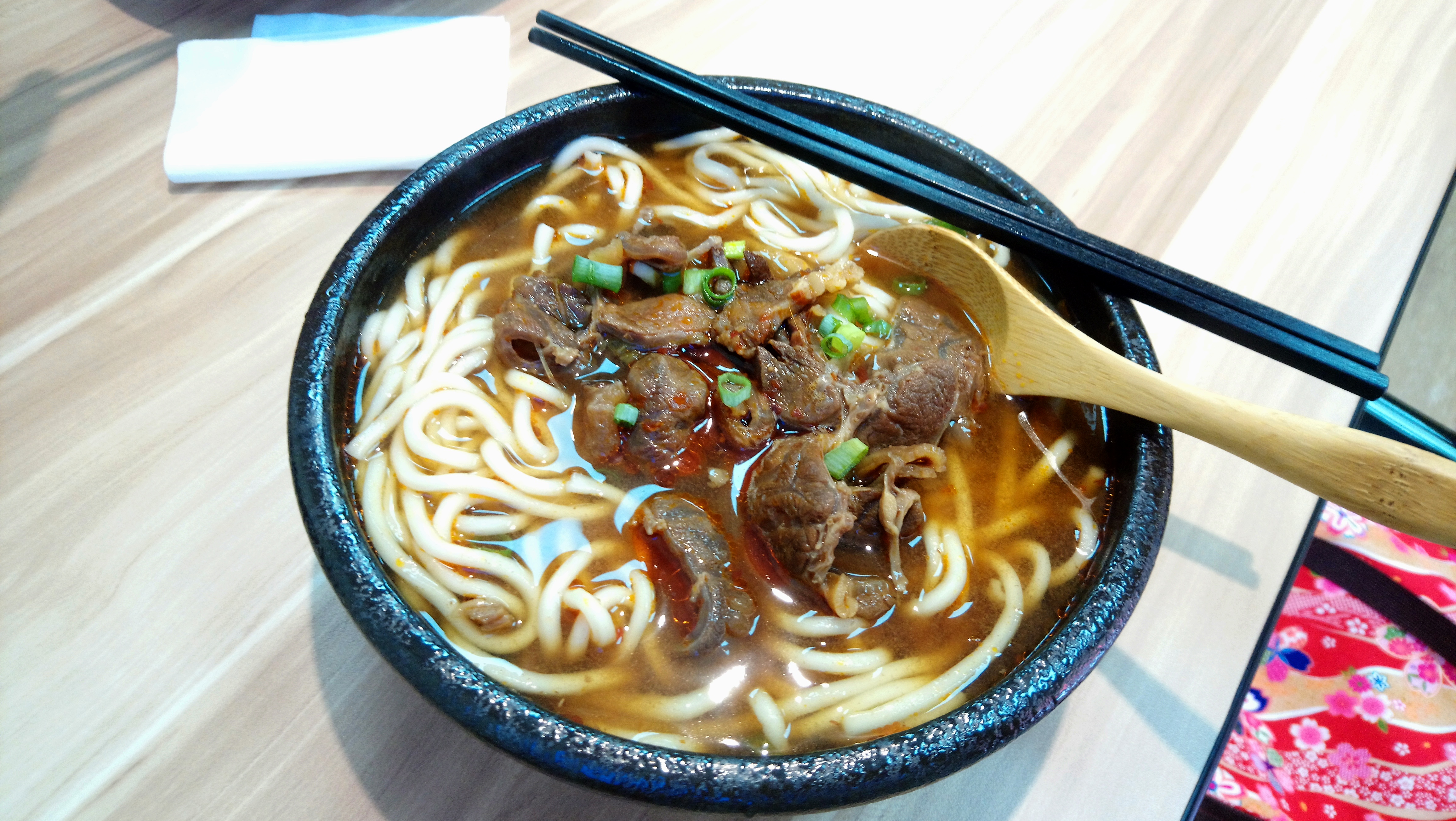 The soup base is very good, I would give that 8/10. The noodles have a good bite, again 8/10. The main star, the beef was a bit of a let down. They use beef shin, and it is sliced quite thinly. Once it goes in the soup for too long it looses its texture and becomes a bit rubbery, and you cant taste the flavour either. So I will only give it 4/10. Too bad the main ingredient didn't live up to the rest of the standard. I'm gonna think about whether I will come back again. 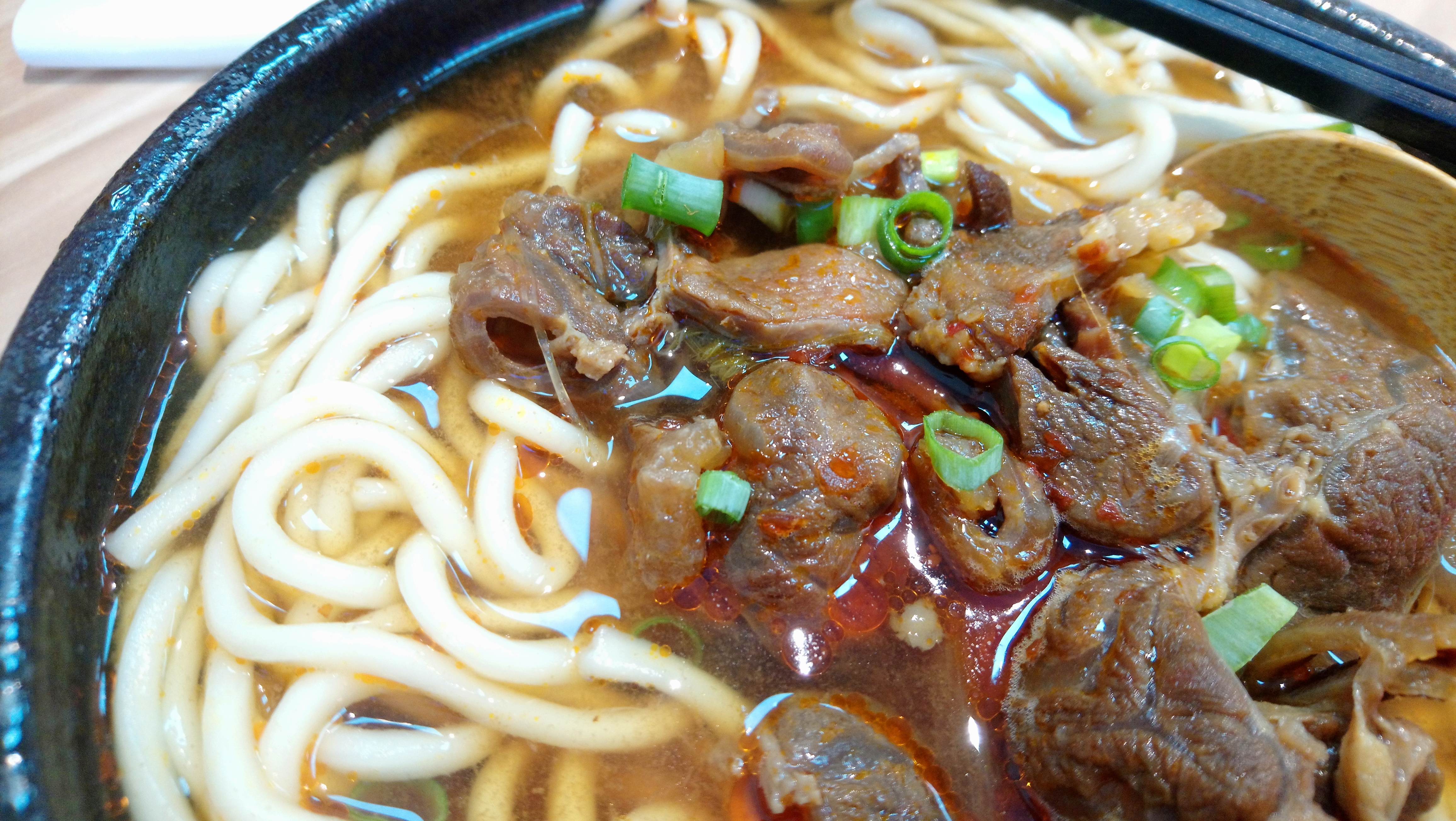 Unless stated, all photos are my own.

Thank you for entering our <All about noodles> Contest . Thanks to @sinochip, Tasteem has become a more attractive guide. We upvote your post, wish you the best of luck in winning our Contest!

Hello there @sinochip. Thank you for contributing to realityhubs again. I'm Glad to read another of your interesting review. You did a good job at being descriptive (though you could have done better than that). You have received an upvote from the reality.curate account. Keep up the good work!!

Do you have any questions? Chat with us on Discord

This looks inticing. Thank you for sharing a beautiful review.

Congratulations @sinochip! You have completed the following achievement on the Steem blockchain and have been rewarded with new badge(s) :

You can view your badges on your Steem Board and compare to others on the Steem Ranking If you no longer want to receive notifications, reply to this comment with the word STOP

Vote for @Steemitboard as a witness to get one more award and increased upvotes!